A movie that goes one way but changes direction massively.

In fact before the plot twist that occurs I thought this was a film about the most unlikable and privileged kids I’d ever seen on screen. In fact they’re so privileged that when they got to college they would be the biggest social justice warriors, I thought as I drifted away from the dull film.

In fact the only tension or frisson in the first half hour was more centred around the couple next to me who kept talking throughout the film. They stopped after I suddenly shrieked ‘For fucks sake! Shut the fuck up!’

But then the film has a huge volte face regarding its plot and it touches upon something that is still taboo in real life and on film- killers who are children. In fact, as soon as the film started to touch upon this film I instantly thought of the case of James Bulger. I was genuinely shocked to see the use of a can of paint in the film. Anyone who knows about the proceedings of Bulger’s death will know that paint figures predominantly. Was this coincidental or intentional? 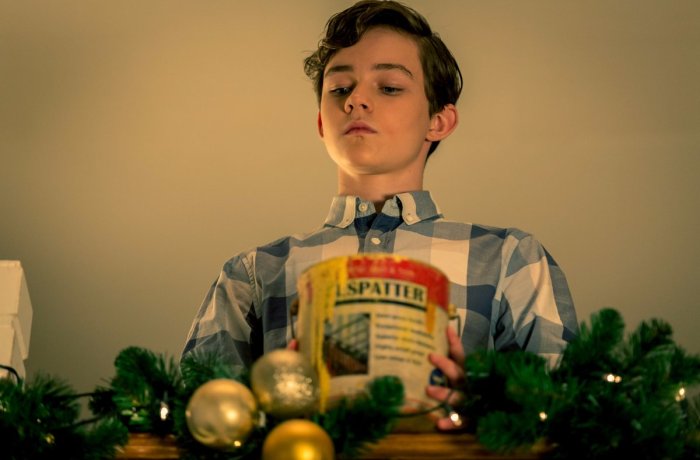 The film could have now developed into something much darker, brutal and savage. It doesn’t exploit this brilliant plot twist and is a bit too obsessed with gloss rather than grit. The last 15 minutes are extremely contrived and more Hollywood than horrorshow. This is a shame. The very end of the film is funny but this should have been a vivid display of gallows humour rather than a jokey conclusion to a good but not great movie.

A wasted opportunity. But not a failure- in this era of reboots and reboots (the curse of modern film), any trace of originality and innovation should be cherished.

If you want to see a much better ‘killer kids’ film watch Bloody Birthday. The best Christmas horror films are still Black Christmas, Silent Night, Deadly Night and Christmas Evil. If you want to watch a movie about vapid, overprivileged kids, you’re asking the wrong person.