The opening scene of this opus shows us what could almost be a kind of commercial of a windsurfer doing his thing on the water. However, suddenly he is attacked and killed by a shark. Following this, successful horror novelist Peter Benton teams up with wizened shark hunter Ron Hamer to try and find and kill the shark which could very well attack again now that it has gotten a taste for human flesh. They want to cancel the upcoming windsurfing regatta but the local mayor doesn’t want this as it may harm his election campaign for becoming the new state governor.

Yes, I know what you’re thinking. This is basically the plot of Jaws. And you’d be right for thinking that. This Italian film is a blatant Jaws copy made on a millionth of the budget of the original but herein lies something great about the film and about cult cinema in general. Whilst it’s easy to dismiss a film like this, it’s harder to dismiss that The Last Shark is also fantastic and very cheesy fun. There are great kills, a groovy soundtrack and a feel that is more reminiscent of an early 80’s Euro porn movie as well as a horror rip-off.

In fact, the film seems to want to be a ‘homage’ (ahem) to not just Jaws but also its sequel judging by the ‘shark vs helicopter’ scene which is as genius as it is laughable.

But whilst you may get mainstream Hollywood films that have budgets of millions of dollars and earn back much more at the box office, they may be completely soulless, forgettable and mediocre. And these are three words that could never be levelled against The Last Shark. It has character and charm coming out of every pore even if most audience members will choose to laugh at proceedings rather than fully suspending their disbelief at what is happening in the film’s running time.

Give me this film over the myriad of boring, bland and beige Hollywood films made to run in any number of worldwide multiplexes any day of the week. 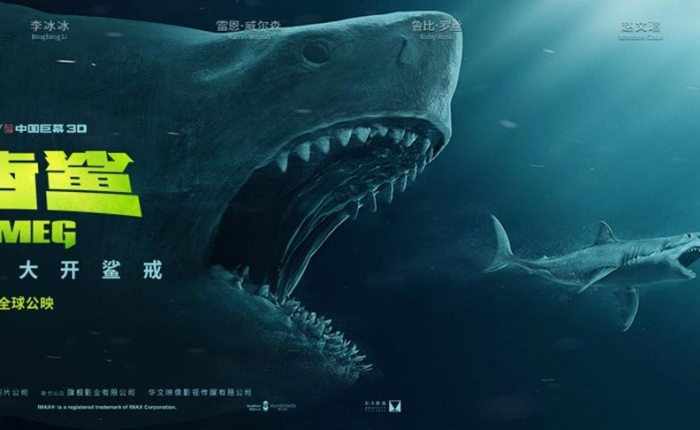 The Megalodon was a huge shark thought to be extinct. A research expedition into deeper levels of the ocean finds that ol’ Meg is still alive. Megsy then decides to move away from these deeper ocean depths and invade the shallower depths of the sea which the expedition came from in search of human chow.

This film contains the worst CGI since Escape From LA which just reinforces to me that this was made to make money and for no other reason. John Carpenter’s film at least had the excuse of being made when CGI as we know it was in it’s infancy.

The CGI in The Meg was so bad that a scene that should have contained a huge jump scare looked so fake and artificial just before said scare that you just knew something was going to happen. And it did. And zero forks were given.

This film also contains some of the worst most stereotypical and generic characters that I’ve ever seen- the cutesy little girl (far too irritating for her own good and deserves to become shark fodder), the edgy female scientist (tattoos, Lara Croft hair, probably a lesbian) the comedic black character (he makes Jovial Jemima look restrained. Time to send back your NAACP membership card, Page Kennedy).

Rainn Wilson has a face for radio, not for film. ”Why has he been cast in such a role?” I thought whilst watching this cinematic abortion. Then it hit me. His brash billionaire character who is in part responsible for bringing The Meg into our waters seems to be based on Elon Musk- someone else with a face for radio and a personality just as rancid.

Jason Statham is a great action hero. That is until he opens his mouth and undoes all of his good work. I have a theory- the more dialogue Statham has to deliver in a film, the worse the film is.

We get the obligatory scene of Jason just out of the shower and only wearing a towel. So what. A Google search for such fare is cheaper and more painfree than watching this movie.

There are also some of the most awkward ‘comedy’ moments that I’ve ever seen. Lines that aren’t funny and have never been funny being delivered completely ineptly.

The film also changes gear and intent about two thirds of the way through. From being a suspense filled horror film (which it utterly fails at) the film then thinks it can master the ‘Sharknado’ sub-genre of ‘oh so camp, tongue in cheek’ horror movies (it can’t even master this- some feat).

The Meg feels like a really anaemic, formulaic and boring straight to video movie from the early 90’s that has had millions thrown at it and given a theatrical release. It’s out of time and out of place. A bit like the megalodon really.