A mother and daughter in law (named in the credits as ‘older woman’ and ‘younger woman’ respectively) are waiting for their son/husband to return from the war he’s fighting in. A soldier named Hachi who fought alongside him comes back to tell them that in fact he saw him killed. He then starts having a torrid affair with the daughter against the wishes of her mother in law. This is going on in secret although the mother in law knows all about it and is jealous. All of this continues until…well, that would be telling!

Breathtaking cinematography, a great plot, amazing acting and imagery that will stay with you well after the film has ended!

This film was banned outright when it was first submitted to the BBFC and then released heavily edited. It’s now acknowledged as a classic with it being on the Criterion collection. 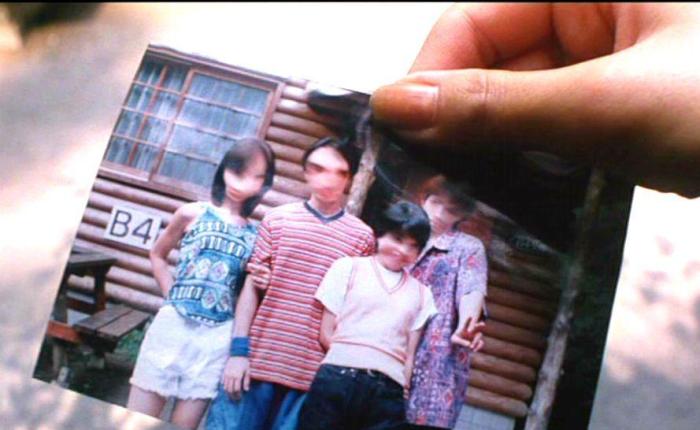 Every now and again a horror film’s reputation builds through word of mouth and because the first horror fans who have seen it rave about it and this snowballs until it can’t be denied or ignored by fans and film journalists alike. This happened in 1998 when Japanese film Ringu was made. This was also when the internet was in it’s infancy still and so this was actual word of mouth which made it’s way into print media such as Empire magazine and other publications. Everyone was saying that Ringu was one of the most imaginative, innovative and scary movies that had been seen in some time.

When I finally saw the film I had to agree. Again, this was before the internet and social media when fanboys (and girls) can build up hype about a film just as filming has started. The consequence of this is that when the film is actually released it turns out to be a huge damp squib (take a bow recent woke Halloween reimagining). And so the acclaim and word of mouth before the internet boom felt a lot more sincere and genuine.

The film concerns a cursed VHS tape which brings death to it’s viewers seven days after they have watched it. When the niece of an investigative reporter watches it and then has an apparent heart attack, the journalist Reiko Asakawa starts to dig deeper. When she goes to a cabin that friends of her niece’s had died in in much the same way as her niece she finds a videotape. She then recruits her ex-husband to unfathom the mystery and hopefully break the curse.

This film works on so many levels. Firstly, there is the whole adventure that we are whisked away on which is extremely dark and full of mystery and intrigue. It never lets up for the viewer and never lags. There are also so genuine shocks along the way, one that involves Reiko’s son.

The film also mines into the culture of VHS tapes that was still prevalent at that time amongst horror fans. Before the internet took off and made it possible to order first generation video tapes from overseas (hello Amazon!) the main way to obtain videotapes of films that were unavailable or banned in the UK was through film fairs. Films were taped from other sources onto blank video tapes (the picture and sound quality of these ‘pirate videos’ could vary massively!). The timing of the Ringu’s production and release was impeccable because DVD was just about to take off and make the whole VHS horror film fair scene obsolete. No more fifth generation pirate tapes when a pristine and legitimate copy of The New York Ripper could be bought online and delivered to your door (customs permitting).

The film also brings centre stage the continued relevance of urban myths and urban legends. The schoolgirls who watch the video tape have heard about the dangers attached through the myths told regarding it. So even in the advanced age in which the film takes place the power of a shared story told between friends still shocks and frightens just like the film itself for the viewer.

The use of photographs that show it’s subjects as distorted is also interesting and brings to mind The Omen. Photographs taken of subjects within the 1976 film show distortions and imperfections of how that person will die. The same is true within Ringu.

And then there is the tape itself and it’s contents. I’m not going to spoil the surprise of watching the tape for the first time for cineastes here but I’d just like to say that it lives up to the hype and will make your skin crawl.

In fact ‘lives up to the hype’ could be an expression used when describing Ringu as a whole. Unmissable. 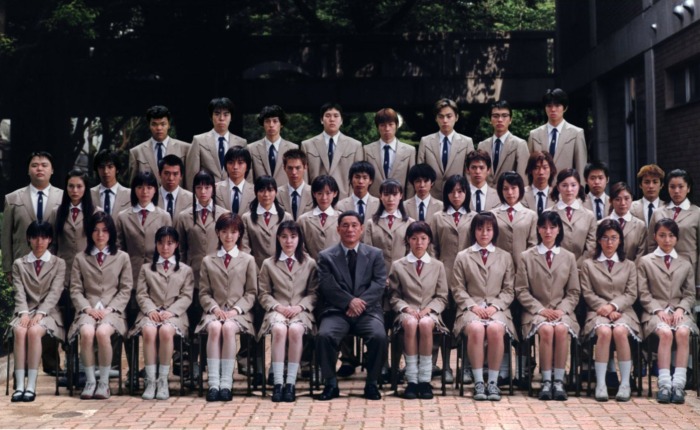 A class are transported to an island and its then disclosed that they have to kill each other with the last person left standing the winner.

Brutal (as you’d expect) but also witty, humane and strangely poignant in places. This film is brilliantly acted, directed with style and is beautiful to look. Murder and deception has never looked so good. In fact the ‘killing for sport’ theme reminded me of one of my favourite films, Turkey Shoot.

And thats all I’m going to say. To say anything more would ruin the film completely. See it.