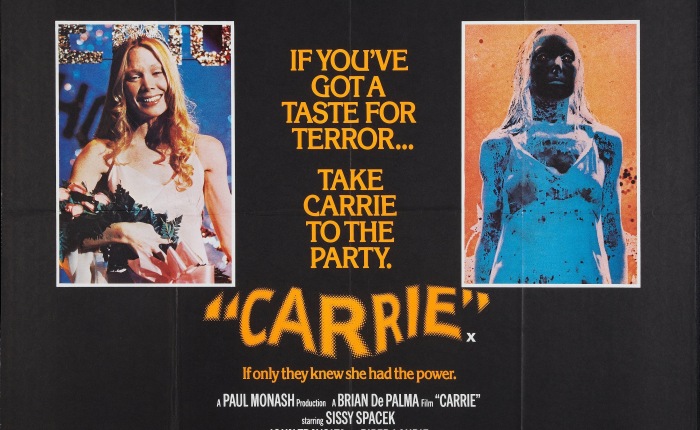 Every week I’ll be recommending one of my favourite soundtracks and why I like them. Hopefully this will inspire you to investigate more, buy the album or dig it out of your collection if you already have it so that you bask in it’s glory again.

This week is the turn of the Paul Zaza/Carl Zittrer soundtrack for the 1980 Canxploitation slasher movie, Prom Night.

Whilst the film should have been a feeble Halloween/Saturday Night Fever/Carrie hybrid, it proved to be so much more. Great moments of terror, tension and genuine grittiness are punctuated by disco scenes (disco certainly doesn’t suck when it comes to this film!) leading up to the prom, great moments of character development and an introspection that is way too nuanced for other slasher fare of the day.

This is all perfectly manifested in the music on this soundtrack too. Firstly though I have an admission to make- I didn’t even know this soundtrack existed remastered on CD and expanded with extra tracks not included on the original vinyl LP. When I heard that some of the tracks were for pieces of music not used in the original film I thought, ‘Oh no! Filler!’ How wrong I was! The extra songs greatly embellish and expand upon the general vibe of the film.

The tracklisting works very well indeed. Theres the sturm und drang of the music used to underpin the terror scenes (the brilliant piece which accompanies the killer calling each of his future victims is here), the joyous disco songs (my life is better for knowing that there is a song titled ‘Love Me Til I Die’ in a disco inspired slasher movie) that are featured also find their way onto the CD along with others that weren’t used which are just as fantastic.

Just as Synapse’s Blu Ray of the film helped to resurrect the film with a flawless restoration and a whole plethora of extras, this soundtrack contributes to this resurrection with Prom Night ready to rightfully takes it’s place amongst the vanguard of the slasher movement. Yes, it’s not as good as The Undisputed Champion of this subgenre (Halloween, in case you were wondering) but it’s at the forefront of the B+ movies which followed in it’s wake.

Prom Night the soundtrack is available on Perseverance Records.

Not only is George Orwell’s novel replaying in front of our eyes but the actual year of 1984 was when the moral panic regarding the so-called Video Nasties here in the UK occurred. I thought we had learnt from that. Apparently not. Feel free to watch this documentary as a reminder.

Gone With The Wind, Little Britain, The Inbetweeners, Fawlty Towers…in the age of streaming services it’s shocking that content can be withdrawn/deplatformed/erased/censored at the push of a button. How about these companies let viewers decide if something is acceptable or not, whether it is genuinely offensive or not and if it is whether we can learn from it if it is. We could also assess whether certain moral guardians are just being oversensitive. Or maybe if certain streaming services are just withdrawing their products to garner a little extra publicity. 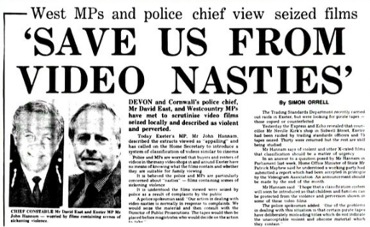 This Swedish thriller was long thought to be lost. I’m glad it’s now newly discovered and released on Blu ray.

It tells the tale of a mental institution resident who is thought to have escaped to take revenge on the people involved in his case who forced him to plead insanity. But if he escaped, how did he do it as it seems impossible? Also, doesn’t returning back to the asylum after he has committed the crime just as impossible?

Max Von Sydow plays Salem, the criminal in question and is (predictably) brilliant in the lead. In fact, all of the actors are fantastic with great support from acting heavyweights such as Liv Ullman and Trevor Howard. Theres even a small supporting role by Gretchen Franklin- Ethel Skinner (from 1980’s episodes of EastEnders) herself! No sign of her Willie though (but there is a parrot). 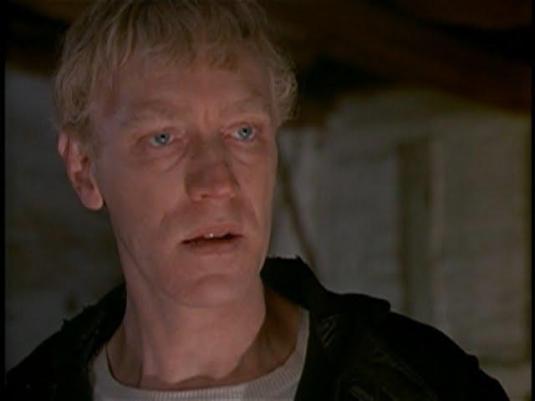 The locales are gorgeous and provide a very picturesque backdrop to the film’s events whether it be the large imposing monolith of the institution or the gorgeous snow-laden villages that Salem escapes to.

The ending is unexpected and completely from left-field. No wonder the film ends with Salem laughing at the absurdity of it.