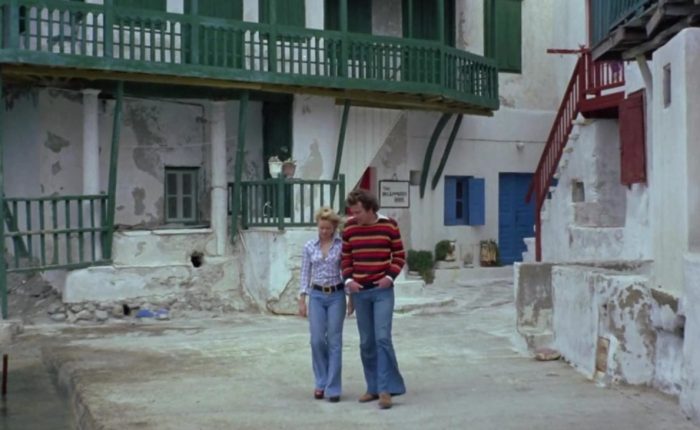 You know those films that are so predictable that they have you saying ‘I knew that was going to happen’? Island of Death is the exact opposite of those kind of movies.

A British couple arrive on the island of Mykonos with only one thing in mind- seducing the locals then dispatching of them whilst one of the pair takes pictures of the whole event.

This film feels like the film Lesley was making in the brilliant Alan Bennett ‘Talking Heads’ monologue so memorably recited by Julie Walters. 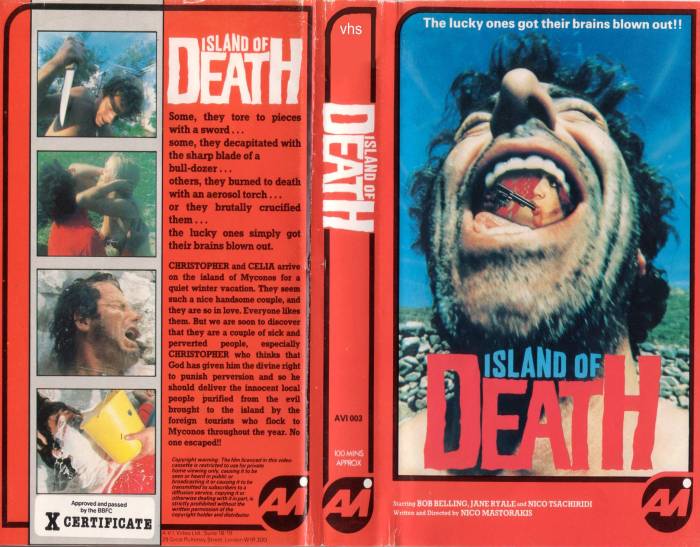 The inhabitants are like characters from John Waters and Andy Warhol/Paul Morrissey films. If this isn’t enough of a recommendation then I don’t know what is. Some scenes have been sped up also. The spirit of Benny Hill lives on.

The Greek locale is gorgeous and acts as a great backdrop for the film’s pervy goings on.

Sleazy, sordid and very entertaining. This is one of the best (and most bizarre) films on the Video Nasties list.

Look up ‘Island of Death Full Movie’ on YouTube and luxuriate in it’s slapstick depravity.