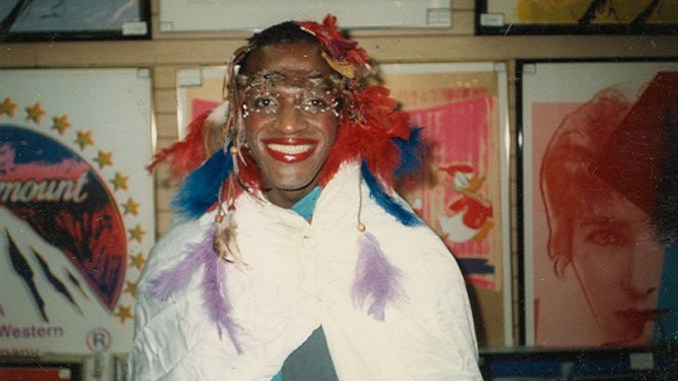 From the director of the quite extraordinarily brilliant How To Survive A Plague comes this film.

Marsha P Johnson was a black transvestite/drag queen (there was no ‘transgender’ then) who hung around Christopher Street in the 60s until her mysterious death when she was pulled out of the Hudson River in the early 90s. As we hear from one person captured on video back then who witnessed her body being recovered there appears to have been some kind of wound on her head. Could there be more to Marsha’s death than just the officially held cause being accidental? Was it suicide or homicide?

David France expertly tracks the work of Victoria Cruz in unearthing and unravelling what happened to Marsha whilst celebrating this revolutionaries life. Moments of this documentary are sometimes very shocking. One such is when Ms Cruz telephones a retired member of the NYPD who she asks to meet to discuss the circumstances surrounding Johnson’s death. ‘Definitely not’ he responds to her meeting request. He then warns her ‘Don’t go playing detective’. Sinister.

This film feels like new unexplored relics and answers from LGBT history being unveiled right before your eyes. 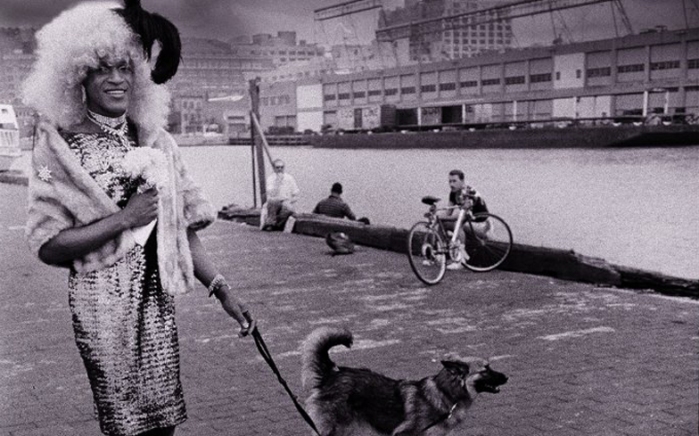 However, there are politics at play regarding the film. Some members of the non-white trans movement are slamming France’s work as hes a white cisgender (non-trans) man who is making this film rather than a trans person of colour. There have been accusations of theft of material from another project that was being made by the trans community regarding Johnson. There are also accusations that David France could get funding and distribution because hes white and cisgender. I think these accusations are just a case of sour grapes. If you are a filmmaker who has made films before, have a proven track record and can actually accomplish these projects through to fruition then you will get funding and distribution. How long have we been waiting for the fictionalised short film Happy Birthday, Marsha? I’m amused that its fictionalised- so was Stonewall in 2015. Lets see if there are protests regarding this new film if events are seen to be historically accurate.

Also, does it matter whether the person making the film is trans or cisgender or what their ethnicity is when the film they make is as great as this?

There seems to be a huge emphasis on Marsha and Sylvia Rivera when it comes to LGBT history and the Stonewall Riots. But when anyone else is represented they are lumped together and not given the same kind of detailed analysis or be the centre of attention. I’d love a similar documentary on Danny Garvin, Martin Boyce or the person widely believed to have started the riots- Jackie Hormona (Marsha P Johnson admitted in an interview that when she arrived at the Stonewall Inn on that fateful night in 1969 that the rioting had already started. The interview is here- makinggayhistory.com/podcast/episode-11-johnson-wicker/ She dashed off to Bryant Park to tell Sylvia Rivera who had taken heroin). You don’t know who Garvin, Boyce or Garvin are? Thats very telling.

A great documentary. Now lets hear about other Stonewall voices.