It was great timng when I started to get completely obsessed with the work of Martin Scorsese in the late 80’s because it wasn’t long before a pretty much indispensable text was published that lifted the lid on his oeuvre to a frighteningly thorough degree.

There was already the excellent Scorsese on Scorsese that was published in 1989 that was a great introduction to the great man’s career up until The Last Temptation of Christ.

But in 1991 came Martin Scorsese: A Journey by Mary Pat Kelly that examined each of Scorsese’s films up until the newly released Cape Fear but with each collaborator and person involved giving their own take on events in a ‘He said, she said’ style that meant that each film was examined in minute detail and accounts came from straight from the horses mouths, so to speak.

Scorsese’s early life, his early short films (now on Criterion) were also gone through with a fine tooth comb as was his aborted 1983 attempt to get Last Temptation made.

With the numerous interviews that were conducted for this book from a cast of pretty much all of the main players of Scorsese’s career up until this point it means that theres a massive scope of opinions and viewpoints that helps to broaden the canvas on everything regarding the auteur’s filmography. This book feels like an encyclopedia of all thing Scorsese and is a very welcome tome because of it. Add to that the rare stills used from all of his films and you have everything a Scorsese fan and film lover could wish for.

God is in the details and this book is full of them. Highly recommended. 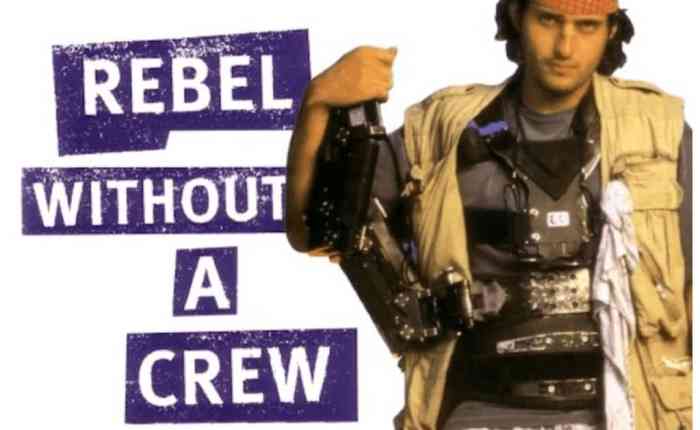 This week’s Book of the Week is Rebel Without A Crew by Robert Rodriguez. I first read this when I started living in Sydney, Australia for a year and it blew me away (Sydney and the book).

It details Rodriguez taking part in a clinical trial to earn the money to make his micro-budget masterpiece El Mariachi. The time spent in the trial is explored in depth and is very entertaining and eye-opening all on it’s own.

He then details how El Mariachi was made and how he substituted an expensive education in a film school for just going out with a camera, experimenting, overcoming any setbacks as he went along and having enough passion and imagination to make the project work.

But then Hollywood comes a-knocking in the form of Columbia Pictures (a far cry from the Spanish speaking ‘straight-to-video’ sector Robert hoped to sell the film to) and so we get to see a birds eye view of the kind of deals brokered to get Rodriguez’s film released and the obscene amounts of money given to him to make this possible. He quickly becomes the ‘next big thing’ and a Hollywood player. It really happens that quickly. There were plenty of parts of this book that made me say out loud ‘No frickin’ way!’ 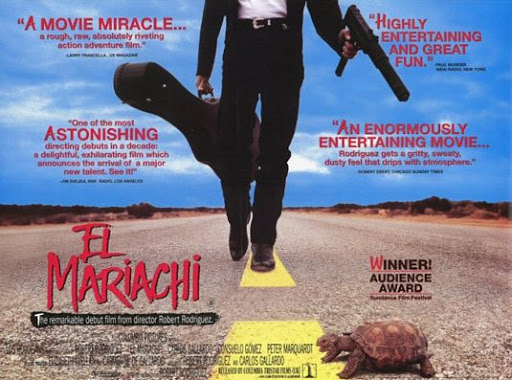 This book is an inspirational to any young filmmaker who wants to make a movie with next to no budget and how if you have the tenacity, persistence and vision then anything is possible.

A truly brilliant book and one of the best I’ve ever read regarding film.

My first Book of the Week is The Film Handbook by Geoff Andrew and published in 1990. 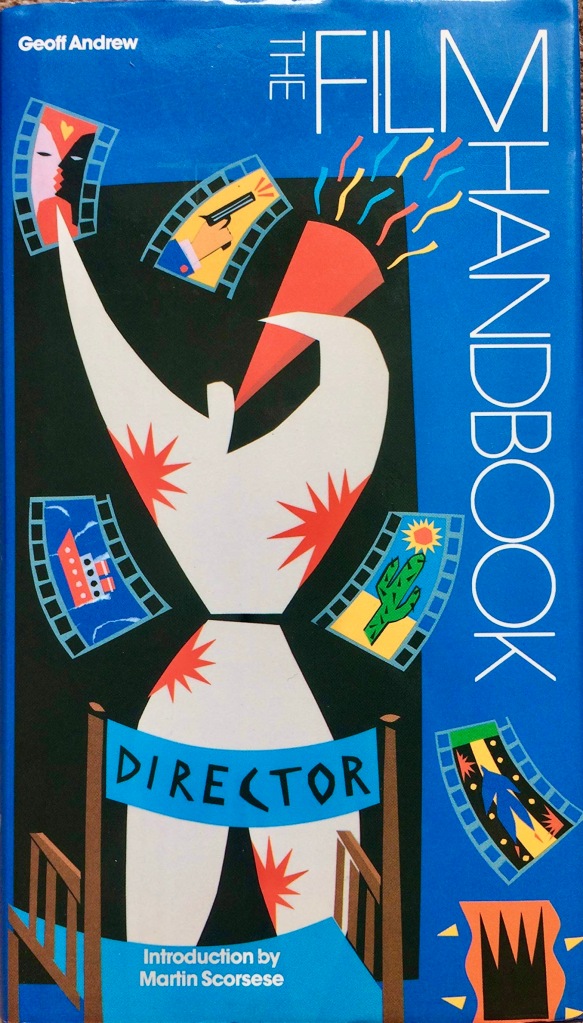 This is a book that lists a MASSIVE range of auteurs and directors, gives a potted history of their film career so far and then names selected highlights from their filmography that every film fan should see whether they are a casual viewer or a serious cineaste.

Sounds basic doesn’t it? But that’s the beauty of this book. The other thing I love about this tome is the fact that it introduced me to the work of many directors I had never heard of before. It’s scope is huge with prominent and obscure directors from many different countries getting the recognition they so rightly deserve but very rarely do. The same can be said regarding ‘cult’ directors with there being no film snobbery within the pages of this book. Which is perfect for this website!

There’s also an introduction by a certain Mr Martin Scorsese who voices the opinion that the book is indispensable even if he disagrees with Andrews’ opinion on some directors and films. And so, if this book is held in such high esteem by Mr Scorsese, it must be bloody good!