A film I know word for word as my brother and I were obsessed with it when we were growing up.

A classic but a problematic one. The cop who flaunts the law and the rules to catch his prey. Hes proud of hating everyone and all groups (the character in this film and in so many Clint Eastwood movies seems to be politically incorrect decades before political correctness became an actual concept). Hes a one man lynch mob who follows his instincts and isn’t afraid of blowing away a suspect and asking questions later (I wonder if one of these questions is ‘Was the dead actually guilty?!’) This character is a right-winger’s wet dream- who cares about a fair trial and the law when these things take so long and might not (seemingly) provide actual justice. The Daily Mail’s readership must love Harry.

Harry’s policing would also include beating interviewees for confessions and said victims somehow developing breathing problems whilst in police custody.

Of course in this and subsequent films Harry is always shown to be right. Its a wasted opportunity that a Dirty Harry film wasn’t made that shows that Harry blew away an actual innocent person. At the films climax there could be a scene after that shows that the wrong person was killed and that the crimes being committed beforehand were actually continuing. Its not late for such a movie to be made. It would have the ‘Bring back hanging’ mob in uproar.

But for all of the bending of rules and trigger happy exploits of the main protagonist during the course of the film it is established that whilst he may be an authority hating maverick its because he actually wants law and order and for the citizens of San Francisco to be safe. The scene in which he runs from phone booth to phone booth to save the kidnap victim shows his willingness to undertake near impossible feats if there is a chance of a saved life at the end of his toils. There is also the scene of the kidnapped girl’s lifeless and naked body being dragged from its underground lair which Harry watches from the distance. This scene is a rare moment of tenderness in such a rough and tumble movie and is genuinely moving. Harry is established as having his priorities right even if they are accomplished in questionable ways.

But to quote Last House on the Left this is only a movie. Aside from the films politics this a rollicking good ride. It perfectly captures its time effortlessly and can be seen as some kind of American time capsule regarding the era it portrays. This was a divisive and fractious period in American history which manifests itself throughout the film. Whilst this was the time of hippies and peace and love this was also the time of Charles Manson and Altamont with more dark times ahead for America.

Whilst Clint may be the star of the film there is another star that is just as important and that is the city of San Francisco itself. It is photographed to perfection with every scene being memorable due to the amazing locales. The neon ‘Jesus Saves’ sign, the huge crucifix monument, the grandeur of City Hall…the list is endless. All beautiful and integral to the film to such a degree that they feel like an actual breathing entity. This film would have been inferior or cliched if filmed in New York for instance.

An anti-hero as hard boiled and gritty as Harry Callahan deserves a villain just as idiosyncratic. Thankfully this film provides just that and then some. The character of Scorpio (named as Charles Davis in the film’s novelisation) is brilliantly depicted by Andrew Robinson as utterly unhinged, homicidal and completely batshit crazy. This character is obviously based on the Zodiac Killer who was operating in the Bay Area at the time of the films conception. In fact this is one of those performances that not only goes the extra mile but goes considerably beyond that. Watch the scene in which Scorpio hijacks a busload of schoolchildren and gets them to sing ‘Row Your Boat’ whilst saying that hes taking them to the ice cream factory. This level of insanity reminds me of Betsy Palmer’s turn as Pamela Voorhees at the end of Friday the 13th in terms of getting into ‘the zone’. 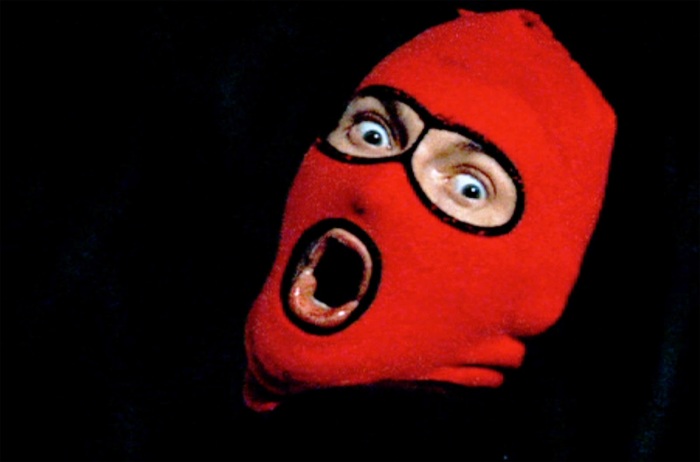 Add to this a barrage of brilliant and quirky supporting characters (shouts go out to Inspector Frank “Fatso” DiGiorgio and Hot Mary) and the stage is set for a blast of a film.

Lalo Schifrin’s score is both funky and also very, very disturbing. The music is just as brilliant as the rest of film. Thankfully the full soundtrack is available to buy both physically and as a download.

Everything is in place to make this movie a masterpiece- iconic, quotable and career defining. There was also a rash of vigilante/maverick cop movies influenced by Dirty Harry led by Michael Winner’s Death Wish (also highly recommended).

Just don’t start wishing for the kind of justice Dirty Harry or the sub-genre it spawned seem to condone.