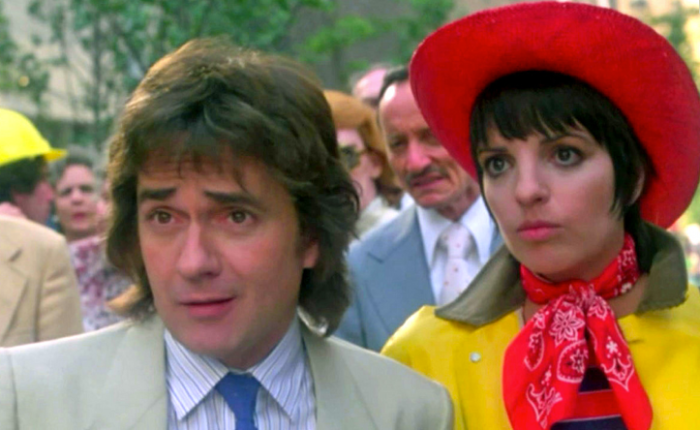 Once upon a time (the early 80’s to be precise) when my family rented our first video recorder from Granada Home Video, you could rent tapes of trailers from the same shop. One tape had all of the trailers for Warner Bros  video releases on it and included such gems as The Exorcist, The Shining and Private Benjamin.

The trailer for the 1981 comedy Arthur was also on there. It featured the amazing Burt Bacharach song ‘Money’. It was only recently that I saw the trailer again and wondered if this great song was on the film’s soundtrack.

I investigated further and found that indeed it was. I hurriedly downloaded the soundtrack and found that on first listen every track is just as great as Money.

This is prime Bacharach songwriting genius with each of his tracks displaying his skill at writing easy listening brilliance but giving it a rougher edge that proved perfect for the film as Arthur is an early 80’s Noo Yawk movie and the music perfectly embodies this.

We also get the gorgeous Christopher Cross track that he co-wrote with Burt, Arthur’s Theme (Best That You Can Do) that must be one of the best title tracks ever written for a film (the original instrumental version written by Bacharach as the theme for the film is also on the album). Theres even a rougher, rock version of Money entitled Poor Rich Boy that works perfectly well.

Let the music do the taking and relive this fantastic film, the amazing characterisation and New York looking absolutely amazing in 1981. And then watch the movie. In my opinion, it’s one of the best comedies ever made with a cast that bounces off each other wonderfully (Dudley Moore, Liza Minelli and Sir John Gielgud were all perfect choices) and acts as a brilliant time capsule of how amazing the 80’s were in America.