First Blood is another film I remember from the golden age of home video, an era that holds so many great memories for me. I didn’t actually see First Blood from start to finish in the early 80’s even though my brothers had rented the film on many occasions. I think I possibly thought of the film as merely a testosterone-fuelled grunt fest. I remember the trailers on the video though, one of which was for Halloween 2 as this was also released through Thorn EMI Video. 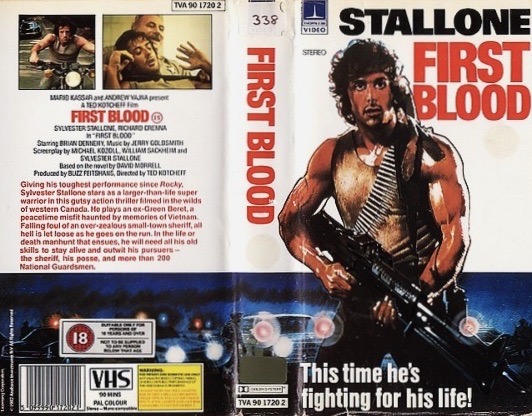 Vietnam vet John Rambo (Sylvester Stallone) is now a drifter and goes to the town of Hope to meet up with an old army buddy who he then finds has actually died of cancer the year before. He then crosses paths with the town’s sheriff (Brian Dennehy) who is far from friendly. He takes Rambo into his police station whereby he and his staff humiliate and brutalise him. Rambo snaps wastes most of the police there (one of whom is David Caruso who would go on to star in NYPD Blue) and escapes into the wilderness where the police pursue him. 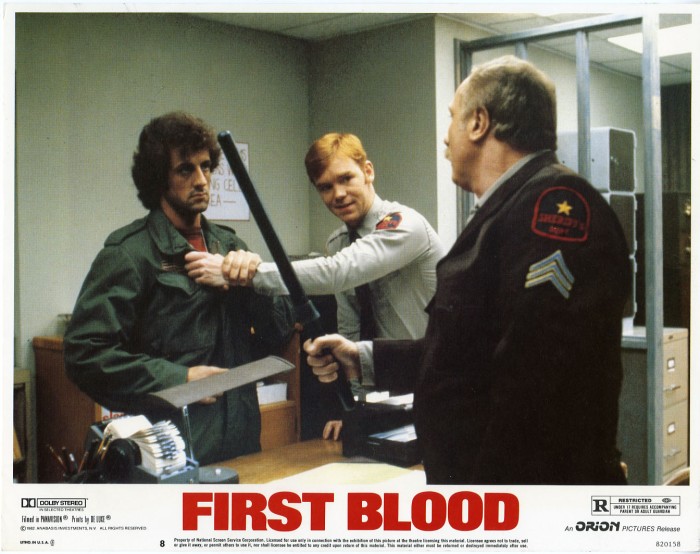 First Blood was photographed by the ever fantastic Andrew Laszlo who was the Director of Photography on masterpiece The Warriors and his work here is just as good. He fully takes advantage of the gorgeous mountain landscapes that act as a backdrop to the horrific events unfurling before our eyes on the screen. Ted Kotchoff’s direction is surprisingly beautiful with perfect framing and an ever-kinetic and moving style that lifts it far above what could have easily been a dirt-level exploitation flick. 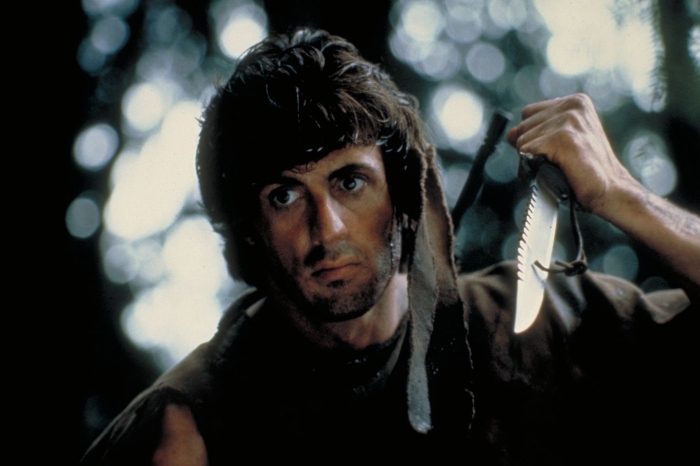 Something else that lifts First Blood from being typical exploitation fare is Stallone’s performance which is devoid of any Hollywood one-liners and is mostly action. In fact, there are huge periods that are just action and no dialogue. I can now see why people for whom English wasn’t their first language would frequent the 42nd Street cinemas to see the films being shown there. There was little plot to many of these films and they were more visceral instead.

Is First Blood an allegory for how America treated those returning from war? Is it a cinematic case study in PTSD? One things for sure- it’s a gruelling experience but a worthy one.