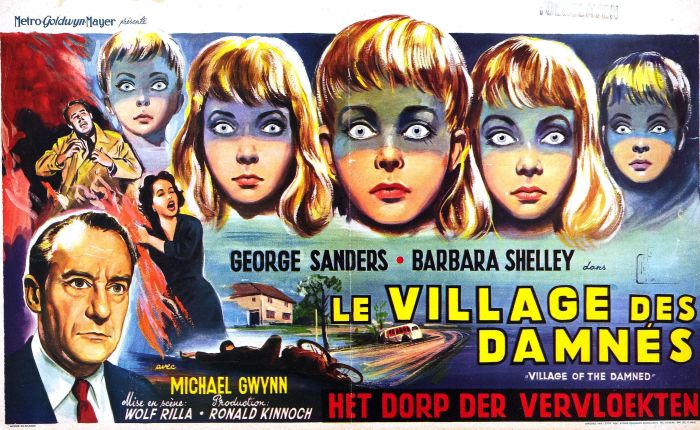 Mysteriously one day everyone in the village of Midwich suddenly lapses into unconsciousness. After a few hours everyone just as mysteriously wakes up. Two months later every woman in the village who is able to become pregnant finds that they are pregnant.  Whats more the embryos are found to develop abnormally fast.

The children look eerily alike with blond hair and strange eyes. They are also shown to possess intelligence way beyond their years. As the children grown older they are shown to be able to control other’s actions through using their ‘stare’ in which their eyes seemingly glow and hypnotise their prey. They are also able to read other’s minds. As if that wasn’t enough, they display a telepathic bond between themselves also. 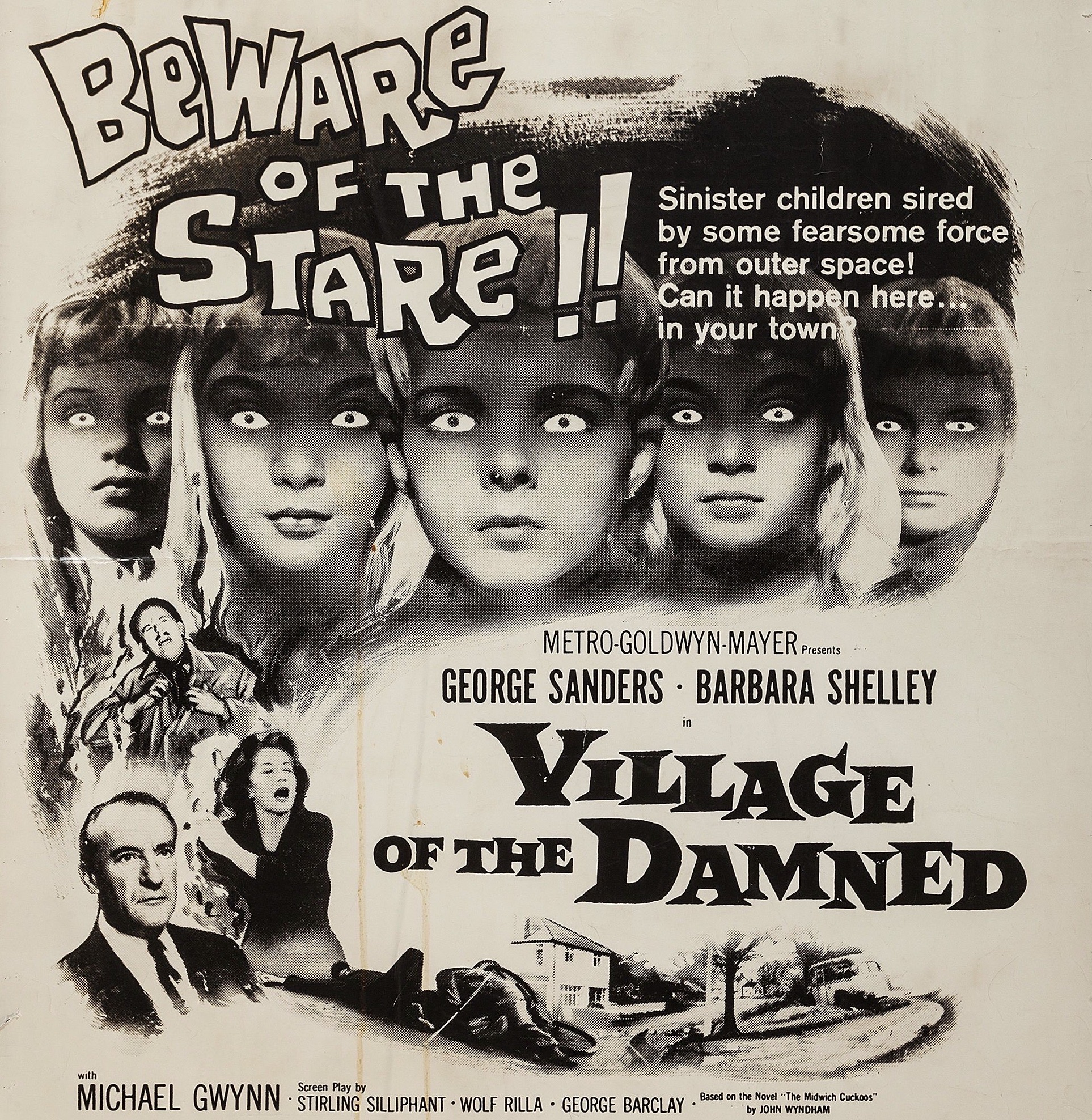 There soon develops a separation between the ‘normal’ children and indeed people of the village and the ‘gifted’ children. The twain very rarely mix except within their respective families.

But then strange and unaccountable deaths of locals start to occur in the village. One example is of a villager who was an excellent swimmer suddenly drowning. Another example finds the children causing a man to crash his car into a wall at high speed. The dead man’s brother tries to avenge his death but is forced by the children to shoot himself instead.

The children appear to have a complete lack of empathy, compassion or indeed, humanity. They appear to be complete devoid of emotion or warmth. 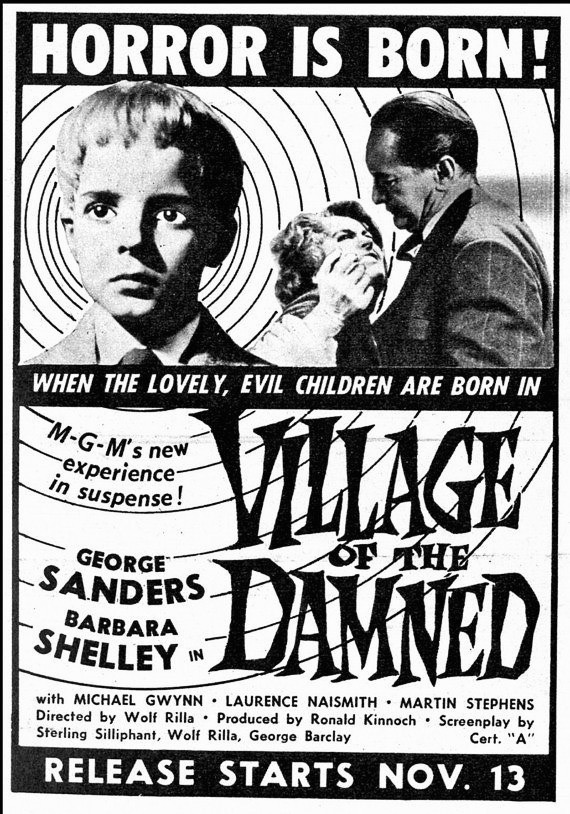 When dealing with such entities it is realised that drastic measures have to be taken as has been demonstrated by other countries who have also shown evidence of similar mutant children in recent years.

And that’s all I’m going to tell you! The ending is a real shocker! In fact this is a superb adaptation of one of my favourite books (The Midwich Cuckoos) by one of my favourite authors (John Wyndham- and if you haven’t read any of his books I implore you to read some NOW!) 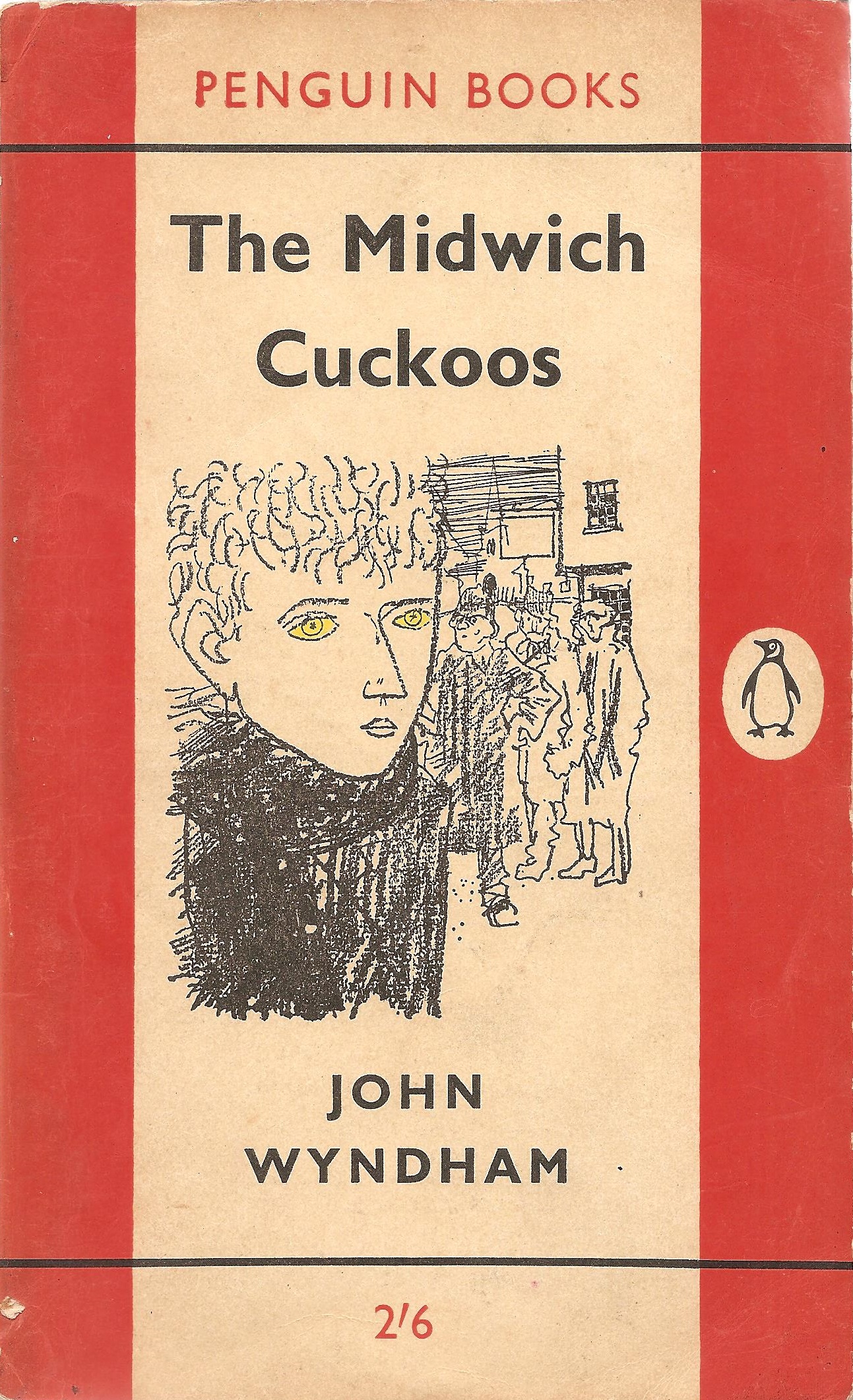 Amazing direction, perfectly acted, a great sense of tension until the shocking conclusion. This film wasn’t just taboo then but also feels taboo now, such is the power of the material. This was remade by John Carpenter in 1995.

There was a VERY funny parody of this movie within The Simpsons with a new movie called The Bloodening playing at a Springfield drive-in. Have a look on YouTube for the clip. It’s The Simpsons at their best. 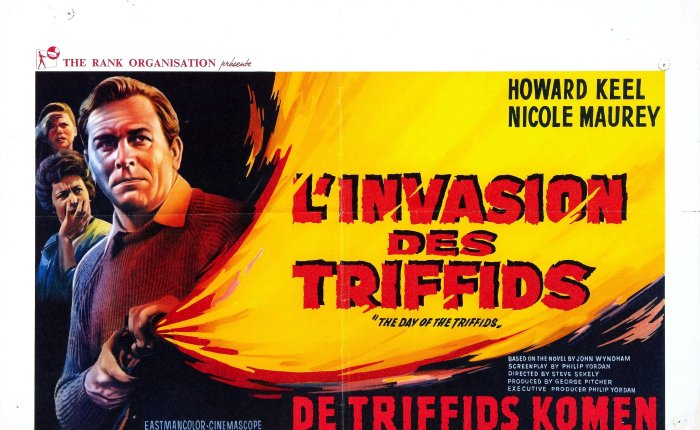 I remember so well the 1981 BBC1 adaptation of Day of the Triffids. It may now be dated but, by Christ, it gave me plenty of sleepless nights as a 6 year old boy.

Years later I discovered the work of author John Wyndham who is now one of my favourite writers. Day of the Triffids is one of his best books.

I didn’t know that there was a 1963 film version of his opus. I’m glad I’ve now seen it as it looks gorgeous. In these days of Blu ray restorations this film is a prime candidate. If a 4K scan of an original and restored print was released this film may be appreciated as a long-forgotten gem.

The plot involves a meteorite shower making whoever saw it go blind. Fortunately our leading man Bill Masen is in an eye hospital after an accident which has damaged his sight. His heavily bandaged eyes mean that he was spared from seeing the meteors fall. Plants called triffids have started to grow and come to life seemingly because of the shower. They are carnivorous, can walk and possess a very high intelligence. Oh, and they seem to hate and want to kill humans.

This isn’t a particularly faithful adaptation of Wyndham’s book but it’s still interesting and holds perceptive observations into the breakdown of society when something catastrophic happens and how fragile the bonds that hold us all together really are. But it also shows how altruistic humans are when such an event happens.

The ending of this adaptation feels a little bit too simplistic and pat but it does very little to ruin the rest of this beautiful film.

Fun fact- it’s this version that had gained the ultimate accolade- its quoted in a lyric of the song ‘Science Fiction, Double Feature’ in The Rocky Horror Show- ”And I got really hot when I saw Janette Scott/Fight a triffid that spits poison and kills…’