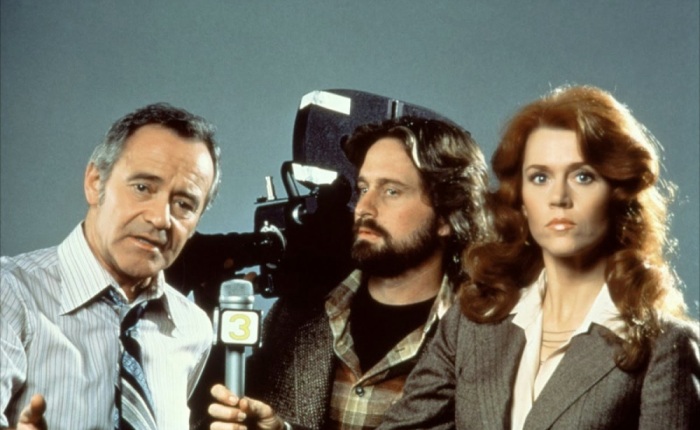 On visiting the Ventura nuclear power plant, journalist Kimberley Wells (Jane Fonda) and her cameraman Richard Adams (Michael Douglas) find themselves witnessing and experiencing a major emergency when something goes wrong with a turbine malfunctioning causing the plant to go through the procedure of an emergency shutdown. This shows that the plant isn’t as safe as the plant’s management would have everyone believe. Whilst this was going on Adams secretly films the whole thing.

When a superior at the TV station where they work won’t let the secret footage be televised, Adams decides to steal the footage from the station’s vault room and show it to experts who can say exactly what happened at the plant and how dangerous it was. They say that the plant narrowly avoided a ‘china syndrome’ in which the plant’s core would have melted down into the ground, hit water there and emitted radioactive steam into the atmosphere which could have spread over a considerable radius.

Add to this that the plant employee who helped avoid this catastrophic event happening, Jack Godell (Jack Lemmon) also sees other signs that all is not well at the plant including a pool of radioactive water that has leaked from a pump and radiograph images of welds and how strong they are that are identical showing that the same one was just submitted again and again.

With this premise firmly in place the film becomes a prime (and brilliant) example of paranoid 70’s cinema alongside films like The Parallax View- movies that show once trusted organisations containing people in positions of power that may now have their own darker agendas once corruption and money have clouded affairs.

Within the film theres also a subtle and very perceptive look at gender roles in the workplace and the glass ceiling actively in operation. Kimberley Wells wants to televise this story as firstly, she wants the truth to come out for the good of everyone but also because she wants to make the move into serious journalism. Wells is seen by the station as someone who is ‘paid to smile and not think’ (as the trailer perceptively states) as we see the kind of stories that she gets to report on- usually end of the night, lighthearted piffle designed to lift viewer’s hearts after the more serious, ‘real’ news has been reported.

The film is another example of a 70’s movie that shows California very well indeed. The cinematography is brilliant with the highways and landscapes looking especially beautiful.

Finally, The China Syndrome is also a very important film as it’s one of Jane Fonda’s best ‘Hair-Do Hall of Fame’ movies. Her tsunami of red hair is just as iconic and epoch-defining as her Klute feather cut or her 9 To 5 do. Just sayin’.

The premise is the same but the reasons behind it are different. It seems like each incarnation of this film reflects the unrest of each society it was made in.

This film depicts the 70s swing towards pop-psychology and psychiatry that was popular at the time. The psychiatrist characters played by Leonard Nimoy and Jeff Goldbloom brilliantly convey this angle. 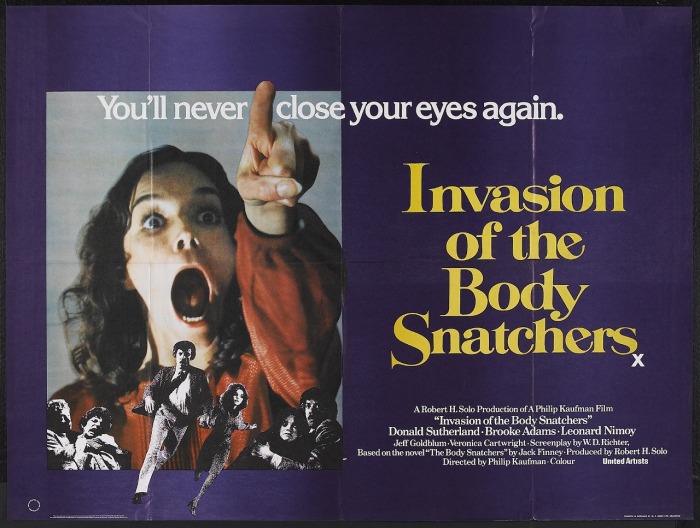 But the film also shows American society and its people in disarray. Post-Watergate and post-Vietnam politics and the related disillusionment fuel the characters and general feel of this film. No one knows who to trust, what the truth is or who/what to believe in anymore.

Paranoia is also a key component in this movie. This makes the film a very intense watch and quite exhausting at times. Whilst I love this film its a movie I have to be in the mood to watch. It seems like tiny nuances and interactions that characters would normally take for granted are given thought time, credence and then magnified. An example is when Brooke Adams character is bumped into. There is then a sequence in which Adams and this character are walking away from each other down a corridor but take turns to look at each other over their shoulders.

There is also a sequence where Adams is walking around San Francisco and passes a bust city bus. Every single passenger is looking right at her. Is the camera capturing reality or the internal and paranoid thoughts of Ms Adams? 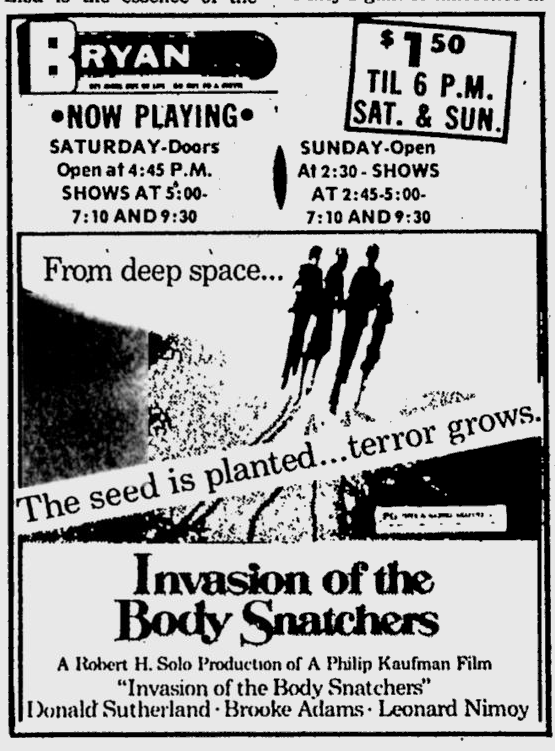 The paranoia and suspicion escalates until we get to one of the most famous unsettling endings in movie history.

Brilliantly acted, written and directed. This really is a prime slice of time capsule filmmaking then is strangely as relevant today as it was in the 70s. This is also one of the best San Francisco movies ever made. The city looks amazing and provides a gorgeous backdrop to the film’s events. Added kudos for the mud baths locale.

Look out for the cameo by Robert Duvall as a priest on a swing and the man-dog that suddenly appears who is a weird fusion of a banjo playing character and his dog earlier in the film.