In the XVIII Century, in the countryside of England, the landsman Ralph Gower finds a skull with one eye and fur on the field. He summons the local judge to see his finding but it has disappeared. Meanwhile the local Peter Edmonton brings his fiancée Rosalind Barton to his aunt’s house to marry her on the next day. However during the night Rosalind becomes insane and in the morning she is sent to an asylum and Peter sees a claw that has replaced her hand. Then Peter wakes up with a claw attacking him and he cuts it out, but he finds that he has hacked down his own hand. The local children have a strange behavior under the command of Angel Blake and they rape and kill others. In common, they have a strange fur on their skin. The judge returns from London and concludes that evil has possessed the children. What will he and his search party do?

This film is just as bonkers as it sounds. Another Tigon production, it was massively influenced by Witchfinder General and is just as unflinching if not the depraved masterpiece that its predecessor is. 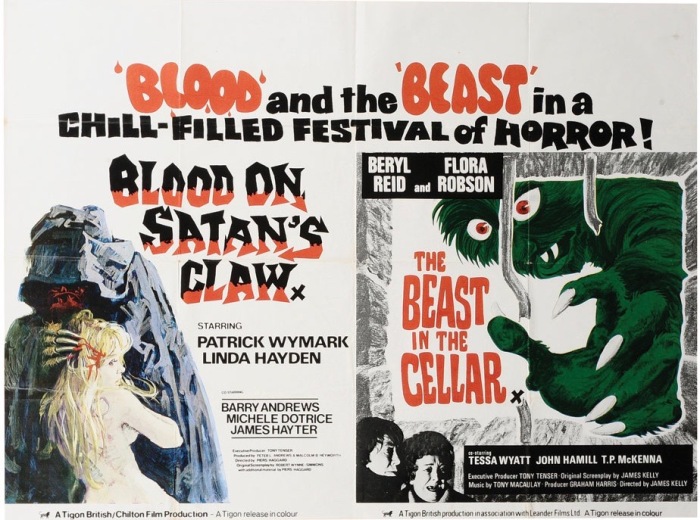 All the ingredients of a great ‘folk horror’ staple are here- witch trials, a country setting, Olde English magick and buxom wenches showing off their voluptuous delights.

Joe Dante says this is one of the best horror films of the 70’s. I agree with him.