Martin is by filmmaker George A Romero and was his favourite film from his oeuvre.

Martin is a young man who we see travelling by train to Braddock in Pittsburgh to live with his elderly cousin, Tata Cuda who seems convinced that Martin is the latest in a long line of vampires (‘the family curse’).

The film centres around whether Martin is actually a vampire or if he is just a very confused young man suffering from a severe neurosis and only commits his bloodthirsty acts because of a self fulfiling prophecy.

In fact the film constantly makes reference to Martin proving that there is ‘no magic’ in the world and that the conventions surrounding vampirism (many inherited from books and films) are untrue and so disproving the myth.

On the train journey over to Pittsburgh we see Martin sedate a woman, making love to her naked body before slashing her arm and drinking her blood. This very sequence shows how Martin accomplishes his ‘vampiric’ impulses. Instead of the well established tropes of hypnosis, fangs etc we see Martin use modern implements such as injections, chemical suppressants and razor blades. He has more in common with a rapist/serial killer than a ‘Nosferatu’. The woman as she is becoming subdued even refers to Martin as a ‘rapist asshole’.

It’s just before Martin enters his victim’s train compartment that he has a vision (in black and white) of how his prey will greet him- reaching out to receive him whilst looking beautiful and seductive. In reality when she is seen leaving the bathroom after being sat on the toilet, her face grotesquely covered in a green face pack and blowing her nose- the exact opposite of the vision Martin had just prior. Martin has a few of these visions throughout the film- are they actually age-old memories (suggesting that he is a vampire) or are they imaginings that he has gleaned from books and films but has confused with memories as part of his brainwashing? 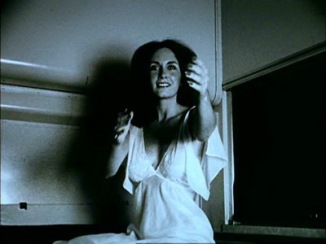 There are other examples of Martin disproving the conventions of the vampire legend. When he arrives at Tata’s house he sees that there is garlic nailed to both Tata’s and Cuda’s granddaughter’s bedroom door. Martin rips this off and takes a bite into a clove to prove to his cousin that this myth isn’t real. He also takes a crucifix from Tata’s hand and rubs it against his own face to prove the same thing- ‘there is no magic. Not ever’.

After Cuda employs an older priest to carry out a makeshift exorcism, Martin appears in front of Cuda dressed as a vampire resplendent with cloak, fangs and make-up. He then spits out the plastic fangs and wipes the white pan-stick from his face to show that this is just a costume. Again, the reality disproving the illusion.

After interactions with people who treat Martin as a human being (the bored housewife he makes deliveries to, Tata’s granddaughter), instead of some kind of age old Dracula from ‘the old country’, he seems to curtail his bloody excursions and finds that instead of murdering he ‘just lets people go’.

Another aspect of reality that Martin observes is the truth beneath the illusion of the all-smiling American family that permeates advertising. It’s the couples in the film that have the most affluence and comfortable lives who seem the unhappiest and are either having affairs (the couple Martin invades the home of- only the female inhabitant of the house isn’t in bed with her husband) or completely alienated, misunderstood and unfulfilled (Mrs Santini). 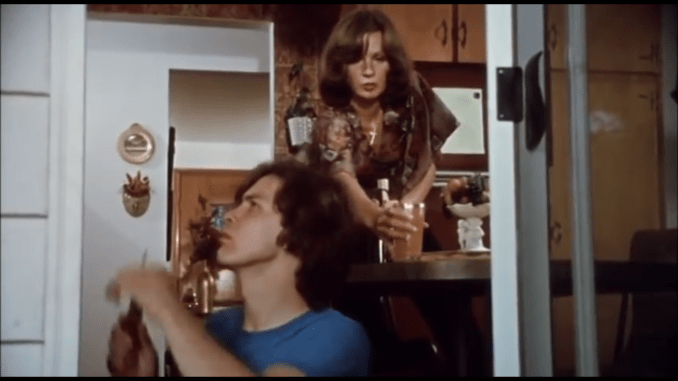 Braddock also provides a harsh reminder of reality. It’s working class, shabby and down at heel. The once active steel mills that were the town’s bread and butter have long since closed down leaving a town to slowly die and rot.

Far from being the villain or monster of a horror film, Martin himself earns nothing but the audience’s sympathy. He’s more like a victim of circumstance, even when we see the crimes he commits.

As you can guess, theres so much to analyse and, in fact, cherish with this film. This is a film with many layers that presumes that it’s audience have the intelligence to make up their own minds as to whether Martin is a vampire or not.

I first saw this film when it was shown on Channel 4 here in the UK in the mid-80’s. It’s so poignant that it has stayed with me ever since and even with regular viewings it loses none of it’s charm, brilliance or innovation. In fact, with every viewing theres something new that I missed previously.

This may be a small budget film but it feels like Romero gained from this rather than letting it detract from the film and it’s production. Romero and crew just used their ingenuity to overcome any limitations and work around them and it works beautifully. Martin feels intimate and personal as a film.

Romero’s original cut of this film was significantly longer, clocking in at 2 and a half hours and was completely in black and white. Only one copy of this version ever existed and mysteriously went missing from Romero’s office many moons ago.

This film should be readily available on Blu ray but apparently there are, ahem, ‘rights issues’ that prevent a definitive version of this or Dawn of the Dead being issued on a restored Blu ray. Criterion or Scream Factory could give this masterpiece the treatment it richly deserves. Let’s hope these ‘issues’ are resolved soon so that these glittering jewels of the horror genre can be widely accessible and enjoyed further.

Another great component of the film is the soundtrack by Donald Rubinstein. A few years back this was reissued on CD and is currently on iTunes. The music is just as haunting as the film itself.

The pop group Soft Cell wrote a song (also called ‘Martin’) based on the film which is very faithful to the movie’s narrative and is just as brilliant as the film. There are even snatches of the film’s soundtrack used on the song. Check it out here.

Martin is a peach of a movie. In fact, it’s a masterpiece just like Night of the Living Dead and Dawn of the Dead.