Cropsey, a summer camp caretaker is burnt alive as an unfortunate consequence of a prank that goes horribly wrong. After five years he returns to the summer camp with vengeance in mind.

This is the slasher movie that helped form Miramax Films and gave a young Harvey Weinstein a career as a film producer.

The movie was actually written before the film Friday the 13th even though most people think it was the other way round. 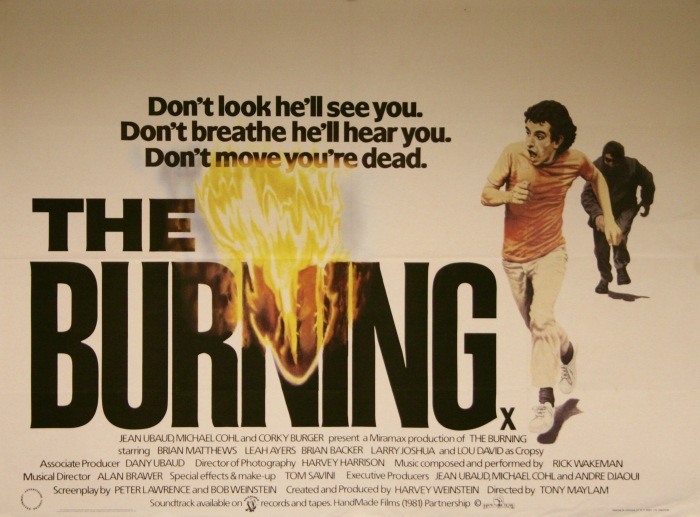 The Burning doesn’t just take place on a summer camp. We get to see the hospital where Cropsey (described by an orderly as looking like a ‘Big Mac overdone!’) is being treated and later his release. I love the following scene where he ventures to the seedier part of town and picks up a prostitute. She doesn’t see the full extent of his injuries until they’re in a cheap motel room (Cropsey wisely turns out the lights) and his face is briefly illuminated by lightning. On seeing his disfigured visage she screams to which he proceeds to stab her in the stomach with a pair of scissors whilst forcing her body through a window.

Cropsey’s garb on leaving the hospital is a classic Giallo look. He may have a rotten face now but looks to have gained key sartorial knowledge whilst he’s been in hospital. I’m wondering if this look was entirely coincidental or if the film’s makers were paying attention to the Gialli flooding 42nd Street and Drive-Ins at the time. 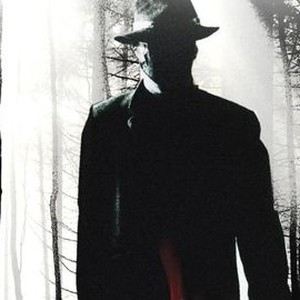 The action then takes place in the familiar locale of the camp and woods that surround it. Theres performances by Jason Alexander, Fisher Stevens and Holly Hunter who appear in early film roles.

But theres one crew addition who would make sure that this film wouldn’t just be a generic and mediocre slasher flick- Tom Savini. And what an astounding job he does. Garden shears (Cropsey’s weapon of choice) have never been used so innovatively or with such murderous intent. The raft scene is almost balletic and beautiful to watch in it’s brutality.

The Burning also features a Final Guy rather than a Final Girl and his character is VERY problematic! Alfred has been seen early on in the film spying on one of the young women as she showers. When caught and asked why he was there he says that he ‘only wanted to scare her.’ But this is disproved later on the film as we see him covertly perving on a couple of other characters who are making out and then follows Glazer as he goes back into the woods after retrieving matches to start a campfire with to enjoy with Sally who hes just done the deed with. It’s then that Alfred sees Glazer get murdered by Cropsey. This all leads to the film’s finale.

This film was so gruesome that it was cut by the BBFC for it’s cinema release. When it came to the film coming out on video, Thorn EMI accidentally sent the uncut version to video shops and had to recall all copies. Video shop owners decided to keep the uncut tapes instead! The film was then banned outright. 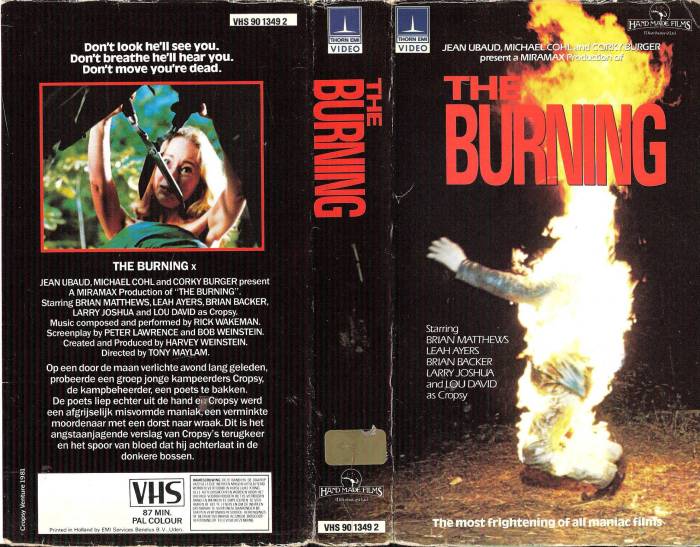 The Burning is a treat to behold. Great cinematography and directorial touches (check out Glazer’s death and the killer’s/shear’s point of view shot) and a great music score by none other than prog rock’s very own Grand Wizard Rick Wakeman (apparently on his ’81 tour he was playing tracks from The Burning soundtrack. Whilst possibly wearing a cape). The teen characters are quite likeable too which is a real rarity for the slasher genre.

Who knew- a slasher/summer camp film that was once banned but is now viewable and revered nowadays. The BBFC/DPP must be outraged.