Soundtrack of the Week- American Gigolo (1980) 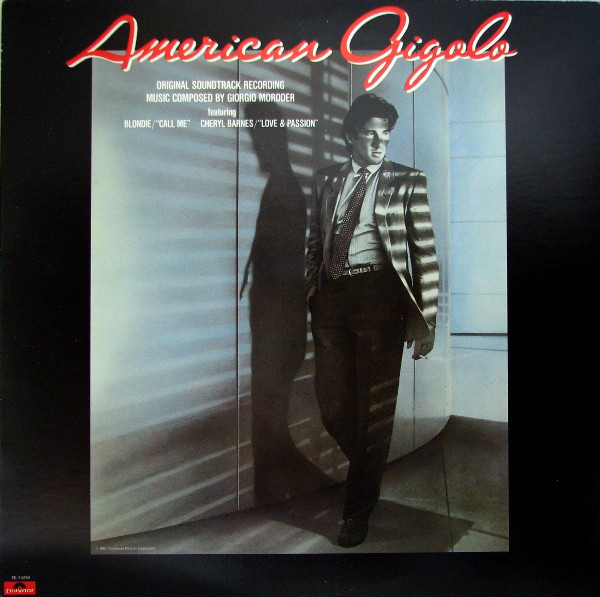 Just as the movie portrays high living, sophistication but with a gritty menacing underbelly, so does the music. Tracks Night Drive, Palm Springs Drive and Night Drive (Reprise) all effortlessly convey a decadence which is a perfect way to usher in such a decadent and affluent decade such as the Eighties. But they also convey just how incredibly tough this new era was. There are sometimes movies and pop songs that capture the zeitgeist of the time at which they’re made and this movie and it’s soundtrack encapsulate this to a tee.

But there is also room for more avant-garde fare with The Apartment being experimental but not feeling out of place on the album.

But the best song on the album is also one of the best singles ever released. Blondie recorded Call Me especially for this movie with the version on the soundtrack being longer, more epic in scope and even with an extra verse. Debbie Harry was the perfect choice of singer for a soundtrack that ushers in this exciting new decade. Debbie would also lend her vocals to the soundtrack of another masterpiece the following year, John Waters’ Polyester. Now THAT soundtrack needs to be released!

Moroder’s score for American Gigolo was nominated for an Academy Award and a Golden Globe.