I remember one summer when my family was on holiday at my aunt’s house in Stoke on Trent my father took us to what appeared to be a disused reservoir within a park. He explained that under the grate he showed us a young woman was once held for ransom. Her name was Lesley Whittle and Donald Neilson, her abductor had left her tied up in this underground hell completely naked except for a hood over her head and a noose made of wire around her neck which would kill her if she tried to escape. She wasn’t found in time and so died after Neilson didn’t get the ransom he demanded. Yes, this was just an average day out for my family.

The criminal who carried out this was nicknamed in the press ‘The Black Panther’. After carrying out a series of armed robberies at post offices, he set about the abduction of Whittle so that he could demand a hefty ransom and reap more lucrative rewards. 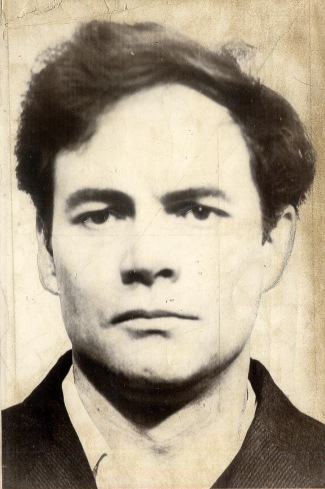 A couple of years after this kidnapping happened a film was made of these events. It was felt in the media that this was too soon and certain censorious channels sought to prevent the film being shown at cinemas throughout the UK. How this was achieved was by pressure being placed on local authorities who in those days had a lot of power regarding films being shown. The BBFC could make a decision on a film and whether it should be left uncut, censored and banned outright but then the film was at the mercy of local authorities and councils as to whether the film would be aired in their respective boroughs.

This is what happened with The Black Panther and why it was as good as suppressed in the UK. The TV show Tonight were part of this campaign to prevent the film playing with the show’s host Sue Lawley dubbing it a ‘sick film’ even though she hadn’t seen it.

The film resurfaced in the 80’s on VHS but aside from that remained buried as it were (pun not intended). That’s until the BFI restored the film a few years ago and issued it on Blu ray.

So is this film really some kind of hidden gem worthy of rediscovery? In a word- YES! It’s a bleak account of a psychopathic man embarking a life using his lack of conscience to try to get rich quick after leaving the forces. In fact his time in the army is looked back on by Neilson through rose tinted spectacles as he reminisces about it but also brings that past into his present as he struts around in his attic in his old uniform reliving his glory days. He even lives in the wild as if on an army retreat for days at a time whilst he plans his crimes- firstly, the robbery of the post office substations and then the kidnapping of Whittle. We see him use his training at home also again in his attic/office to plan these projects with military precision.

The Black Panther is just like it’s main character in that it’s completely cold, emotionless and detached. This may sound like some kind of criticism but it works brilliantly well. This is the film equivalent of the objective and fact based kind of crime reportage used with no editorialising whatsoever. Even the screen captions to denote dates and places is done so by utilising the font of a typewriter to denote the fact-based reporting of facts. In fact the film brings to mind the reconstructions that were part of the true crime TV show Crimewatch UK, especially the ones featured in the earlier series that were shot on film.

It’s also interesting to see an emotionless character like Neilson operating in the real world and with other people who possess the empathy chip even though he doesn’t. The scenes of him at home with his wife and family are darkly entertaining and sometimes downright shocking. He expects his wife to be little more than a hausfrau who serves him and him alone. He barks his disapproval at every turn and over the most mundane things that can’t be controlled (we see throughout the film that Neilson wants control over everything in his life but life doesn’t work like that. Each of his robberies are besieged and altered from running smoothly by factors that are beyond his control). One example is when he doesn’t even look at his wife but raises his tea mug to let her now that he wants it to be filled again. After she dutifully does this he then takes a sip and screams that the tea is ‘too hot!’

There also another very perceptive insight into his home life as we see his teenaged daughter ask if she can go out to see friends. He says no and explains that she will spend money whilst she’s out and that it’s better to save instead for a rainy day. His daughter then whispers to her mother that her father has said no and they both look dejected. This doesn’t last long through. Neilson announces that he will be away for two weeks on another job (he says he’s going away to work on projects like house renovations when he is in fact embarking on his army style manoeuvres). We see a sly smile spread across his daughter’s face at the news as she exchanges very knowing glances with her mother as if to say ‘Hooray! He’s out of our hair for a while!’

The film also acts as a snapshot of what life was really like in 1977. The red phone boxes the killer uses, the thoroughly ugly headboards and brown pyjama sets worn by the sub postmasters when they are rudely awoken in the middle of the night by Neilson robbing their business. The film also shows how terrifying it must have been to be woken up by a man in a blood hood brandishing a sown off shotgun in your face.

The BFI have done a great job with the Blu ray for the film as it looks and sounds amazing. There are also exhaustive liner notes from director Ian Merrick as to the curious history of the film, it’s unwarranted suppression and it’s re-emergence on Blu ray. There are also a wealth of extras such as short films and raw footage shot when locations were being sought for the film.

The Black Panther can now be seen for what it always was- an outstanding true crime film that was ahead of it’s time.