Allan (Anthony Perkins) wakes to find the family home is on fire. The fire kills his father and burns his sister. The trauma also makes him go blind. It was Allan who accidentally caused the fire as he placed cans of paint thinner too close to a heater making him take on a huge burden of guilt over such disastrous proceedings.

Allan returns home after being resident in a mental hospital. His sister explains that they will have to take on a boarder as the house can’t be upheld any other way. The man who takes the room instantly makes Allan suspicious. Add to this the blurry figure he sees who appears to be haunting him (Allan can now partially see the world but everything is distorted and blurred). Is this figure real or the imaginings of his fragile mental state?

There is paranoia and ennui seeping out of every pore of this made for TV movie from 1970. This was actually produced by Aaron ‘Charlie’s Angels’ Spelling and goes to show how fantastic horror made for TV was at one period of time. 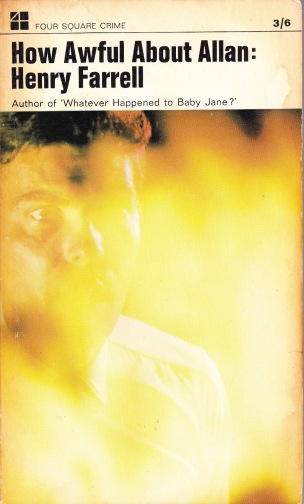 I could watch Anthony Perkins all day long. Not only was he a great actor but there’s something about his mannerisms and body language that makes him perfect for the screen, especially in horror ventures. He is in cracking form here as are all of the cast. Allan’s vulnerable state due to his impaired vision is fully exploited by the film and it works amazingly well as a device.

This was directed by Curtis Harrington who of course made the excellent Ruby starring Piper Laurie and Whoever Slew Auntie Roo?

Watch out for the sting(s) in the tail. This film manages to have more than one trump card up its sleeve which it delivers expertly for maximum chills.

As I’ve said in so many reviews thus far, this release deserves a fantastic Blu Ray release preferably on Scream Factory seeing as they are resurrecting other fantastic horror-themed TV movies such as John Carpenter’s amazing Someone’s Watching Me!