After the death of their daughter by drowning, John and Laura Baxter (played brilliantly by Donald Sutherland and Julie Christie) decide to go to Venice as John has an assignment there restoring a church. It’s here that Laura crosses paths with an elderly pair of sisters named Heather and Wendy, one of whom claims to have the gift of second sight even though she is blind. She claims to see their deceased daughter which prompts Laura to faint. After Laura’s recovery the couple venture out to a restaurant but after getting separated, John glimpses a small figure dressed in red which promptly makes him think of his daughter who was wearing a red raincoat when she drowned.

Laura then attends a séance held by the two women who had told her about her daughter. Heather predicts that John is in danger and must leave Venice. However, they then get word that their son who is attending boarding school back in England has been involved in an accident. Laura leaves Venice to attend to their son whilst John stays on to continue restoring the ancient church. John is nearly killed within the church when scaffolding holding him collapses. The foretelling of this incident now makes sense to John who now thinks that this was the danger that the elderly sisters had predicted would befall him.

But then John sees Laura on a boat with the two women, all dressed in black. He also keeps on seeing the figure in red who proves to be as allusive as it is omnipresent. What could this all mean?

Don’t Look Now is one of the most unsettling films I’ve ever seen. Not only is the locale of Venice used to great effect (this Venice is very far removed from Cornetto adverts) but it becomes a character in it’s own right within the film. And a very sinister, macabre character at that. 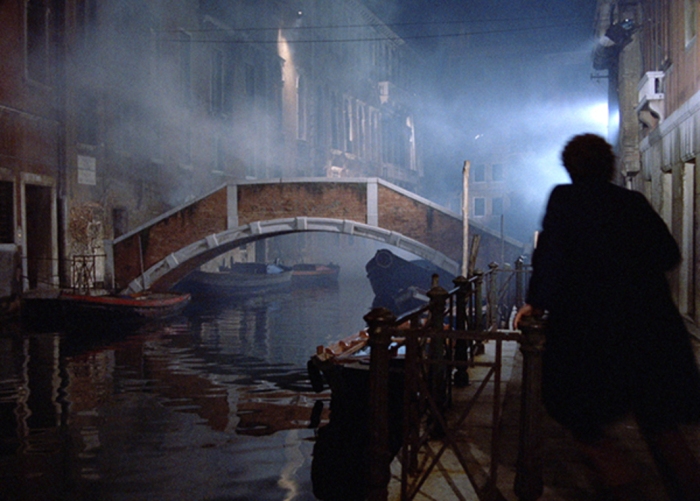 The fact that all of the film’s events are playing out with the news that there is a serial killer on the loose in the city makes for very uncomfortable viewing indeed and adds an extra layer of horror to proceedings.

Don’t Look Now and it’s locale would later inspire Siouxsie and the Banshees to film the video for their cover version of Dear Prudence there. 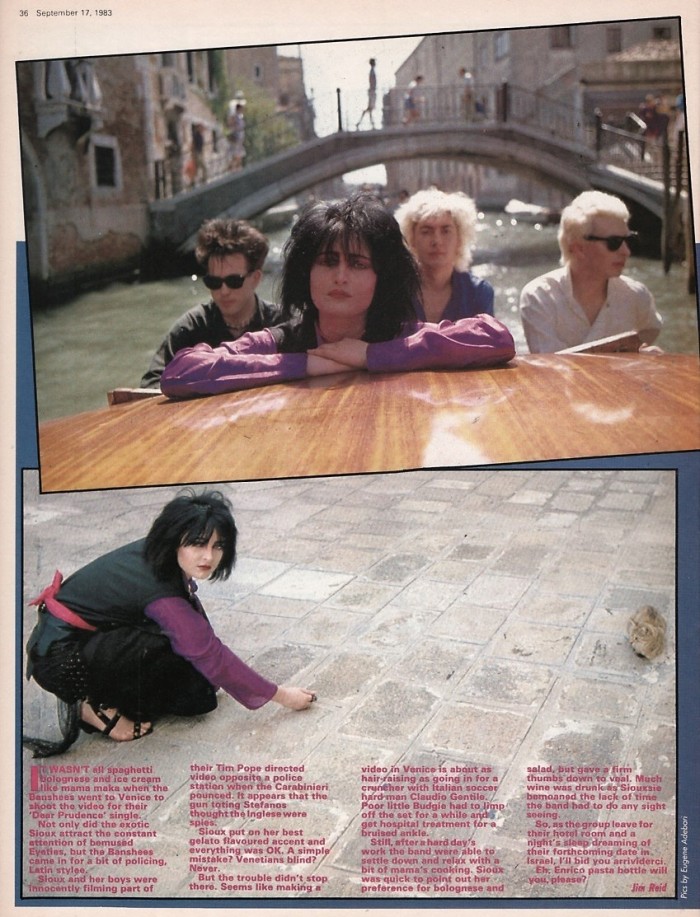 The character of the old woman with second sight whilst being blind (her eyes are a milky hue due to her blindness) who predicts horrific events in the future for John is crepiness, literally, personified.

Look out for the use of the colour red within the film too. The red of John and Laura’s drowned daughter’s mac, the red of the figure who darts around Venice, the red of the photograph negative slide that Laura has accidentally spilt her drink on…

And speaking of the drowning scene near the film’s beginning, this must be one of the most harrowing opening sequences I’ve ever seen. It’s epic in magnitude and sets a blueprint for the calibre of acting we’re to see throughout the rest of the movie especially from Sutherland and Christie.

Also look out for the theme of water within the film. The drowning of Christine, the Baxter’s daughter and then the fact that they find themselves surrounded by water. There is also a horrific shot of the serial killer’s latest victim being recovered naked from the water of one of the canals. Water isn’t a giver of life within the film but a force that takes it away.

There is also a scene that proved to be very controversial when the film was released. There is a scene of John and Laura making love intercut with footage of the couple after this. At that point in the 1970’s, the censors weren’t ready for a scene that was too realistic for them (whilst not being gratuitous or graphic). Nine frames were removed from the American version of the film, whilst the BBFC passed the scene uncut in the UK.

The score by Pino Donnagio is just as haunting, surreal and disturbing as the action on the screen. It really is one of the greatest film scores I’ve ever heard and it will burrow it’s way into your brain in much the same way as the score for John Carpenter’s Halloween will. It really is a thing of disturbing beauty. This was also Donaggio’s introduction to the world of scoring films and it’s an impeccable first score for an impeccable career. 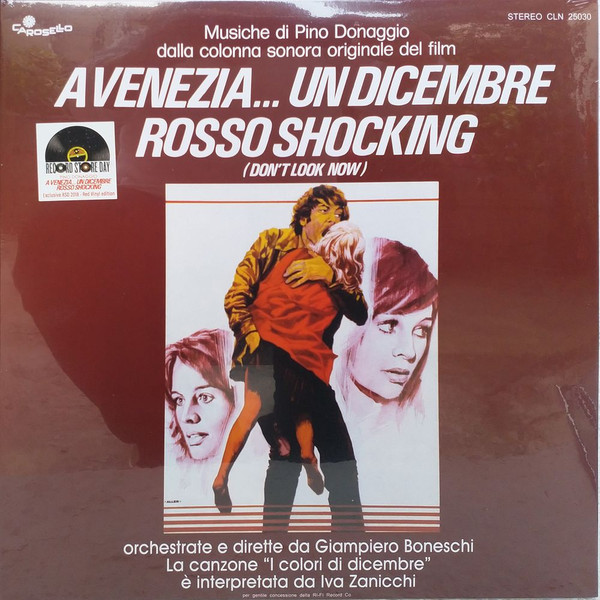 And then there’s the last scene. One of the most unsettling last scenes in horror history, most of you will now what I’m referring to. But for those few who haven’t had the pleasure of seeing it whilst projecting your popcorn bucket skyward in fright, then I’m sworn to secrecy.

In fact, if you’ve seen the ending of the film, I’m hoping you’ve seen the film as a whole rather than just this shocker of a scene on it’s own. Don’t Look Now is a film that will stay with you long after the end credits have rolled. After years of being buried by studio red tape, it was released but the print was very poor indeed. I can now say that in this wonderful age of Blu Ray and 4K the film has been restored and remastered and has never looked or sounded better.

Also, try to read Daphne Du Maurier’s short story that the film was based on. There even more detail in it and it’s just as brilliant as the film.

Don’t Look Now would make a great double-bill with Carnival of Souls.