A privileged and thoroughly unlikeable woman ventures out to try to get into a party that George Clooney is supposedly to be at (really) and after failing to flag down a cab decides to get the last tube train from her local underground station. She then briefly falls asleep and on waking up discovers that she is all alone in the station. Or is she?

There have been horror films in the past that are either centred entirely around the London Underground (Deathline is one) or have had a scene set in a station on it (An American Werewolf in London springs to mind).

As someone who used to live in London I know how unsettling a tube line or station can be late at night when they are eerily quiet. Creep has this setting but unfortunately wastes this great location and premise. 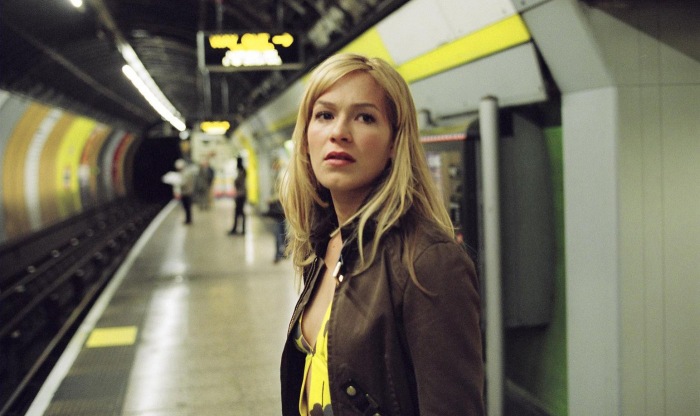 Maybe it’s the fact that the female lead character is just so vile. At one point in the film she seeks help from the homeless living under the station. This social divide between the rich and poor should have been explored in more depth but wasn’t.

Also, when the person stalking her is finally revealed it’s a massive anti-climax. He’s a Jason Voorhees of the Piccadilly Line but without the hockey mask, charisma or ingenuity when it comes to killing.

I would have loved to see the brattish lead suffer more for her horrible personality and thus learn some compassion and humanity as a result, a kind of cathartic redemption. But this doesn’t happen. A wasted opportunity.