A boat sails into New York containing what appears to be innocuous boxes of coffee. However they actually contain alien eggs that cause people to explode when a change in heat cause the eggs to emit their contents. 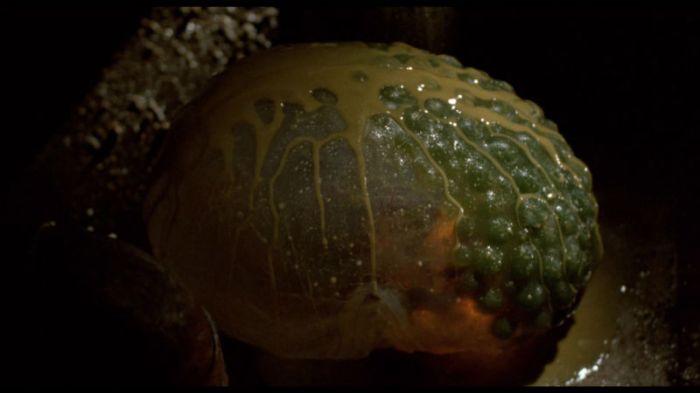 Yes, this is a cheap Italian Alien rip-off but it’s darn entertaining nonetheless. There might be considerable budgetary constraints but imagination can overcome any amount of limitations. This film is testament to that.

The film suddenly changes from a horror/sci-fi splatter fest and morphs into an action/adventure flick but this is where the film starts to lag. It doesn’t affect the film massively but you’re left wishing that the film hadn’t moved into this kind of direction. 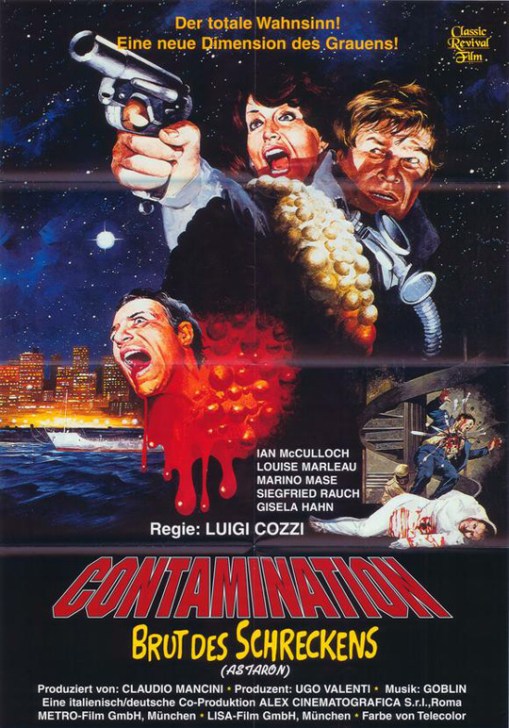 However, the ending brings the film back to it’s gory best as we get to meet the creature that actually produces these eggs. The ‘Alien Cyclops’ is really something to behold.

Check out Arrow Video’s Blu ray of this pic. It’s also something to behold.