I first discovered the documentary Who Took Johnny from Artforum magazine when John Waters named it as one of his Films of the Year for 2014. I found the trailer for it on YouTube and it REALLY freaked me out.

Johnny Gosch was a 14 year old boy who went missing whilst delivering newspapers in 1982. His parents reported his disappearance to the police but very quickly they appeared to just give up trying to find out what happened to him, where he is and if he was still alive. Johnny’s mother Noreen quickly became a one-woman crusade trying to do what the police should have been doing all along- trying to locate her son. 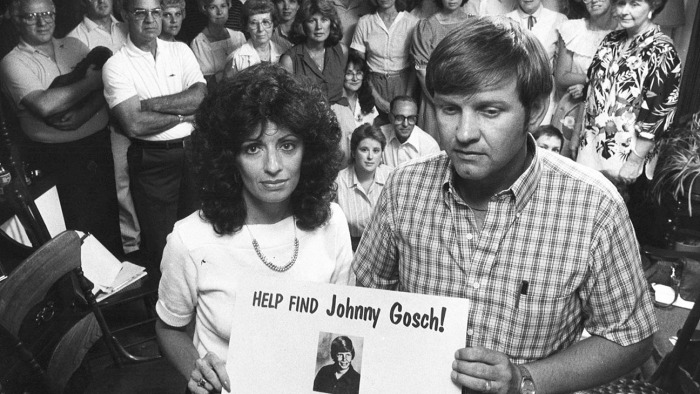 After seeing the film’s trailer I started to try to find the film but with no luck. And then the film was added to Netflix here in the UK!

The documentary doesn’t disappoint and is indeed just as brilliant as Mr Waters stated. There is so much credence to the saying ‘Truth is stranger than fiction’. This film epitomises it! Watch and be amazed, maddened and very, very surprised.

And another thing- this documentary isn’t for the faint of heart. Not just that but after watching this YouTube will start to suggest similar documentaries relating to similar topics to you. PROCEED WITH CAUTION! I have seen some of these other documentaries and just like this documentary they require nerves of steel. It’s a very dark rabbit hole to fall down.

Who Took Johnny is here.