I first saw Children of the Corn when it was first shown on UK TV in the mid 80’s. The following day it would appear that most of my school friends had seen the movie too as we all recalled the events of the film in grisly and lurid detail.

On watching the film again recently I can say that it holds up very well indeed. The plot involves two characters called Vicky and Burt taking a roadtrip and happening upon a small Nebraska town called Gatlin. A major red flag goes up when the couple notice that on approaching the town the radio now only plays content that appears to be Baptist ‘fire and brimstone’ style sermons. 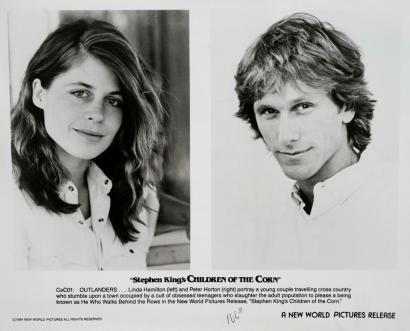 What Burt and Vicky don’t know is that three years earlier the town’s adultfolk had been slaughtered on the wishes of 13 year old Isaac who has set up his own religious sect with ‘He Who Walks Behind The Rows’ as their god, the rows being the huge cornfield which is central to Gatlin. A failed harvest had prompted the uprising with Isaac asserting that his new god needs human sacrifices to be appeased and so that there are bountiful harvests as a result. Young child Job wasn’t involved as his father didn’t like Isaac and so wasn’t allowed to go to a gathering organised by Isaac for all of the town’s children. Job’s sister Sarah also wasn’t there as she was severely ill with a fever. She is shown to have some kind of psychic powers and depicts what she sees from the future in the pictures she draws. 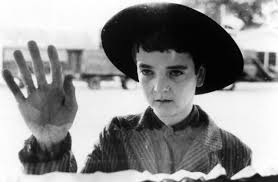 Things go from bad to worse for the adult couple who have now stumbled across the town which has been run by Isaac and his henchman deputy Malachi for three years now. When they hear about the adult trespassers they demand for them to be captured and then sacrificed to their cornrows deity. Poor Burt and Vicky. They discover Job and his sister who assist them in not becoming human sacrifices.

This film has a great premise which is based on a short story by Master of Horror Stephen King. The film also taps into one of the last taboos especially in film which is that of the killer child. And here we have scores of them. The milleu of the religious sect and the small details connected to this like the children being made to change their names to more biblical monikers also adds to the utterly sinister tone of the film. It also shows what can go wrong when a setback or downturn of fortunes can be taken as an opportunity by a charismatic person with sinister motives to come to prominence and give the downtrodden and disillusioned someone to believe in even though he/she is up to no good.

The opening scene takes place in a diner in which the children present (after being given the nod by Isaac) poison and violently slaughter the adults in attendance. I remember being utterly shocked by this scene in particular when I first saw the film and I can reliably report that it’s hasn’t lost any of it’s power to shock decades later.

But this isn’t the only sequence which has the power not just to shock but also to worm it’s way inside your head. The sequence in which Vicky is placed on a cross with it then being hoisted up, the shot showing the weapons hanging from the hands of the children as they descent on a house which has one of the couple in it and the gruesome scene in the church as we see what happens to the children who come of age are such examples. 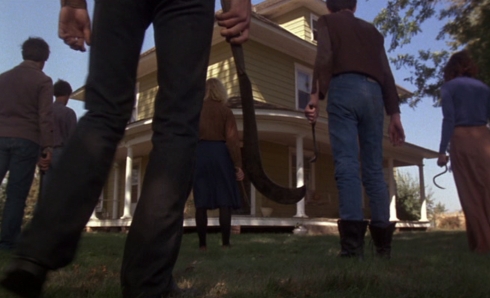 The casting of the movie is also excellent with Sarah Hamilton as Vicky and Peter Horton as Burt. But the attention to detail regarding the casting of the children is just as impressive. The casting of the freakishly sinister Isaac and his horrifyingly hillbilly deputy Malachi are inspired. In fact, it seems they cast every child with unconventional and unique looks. 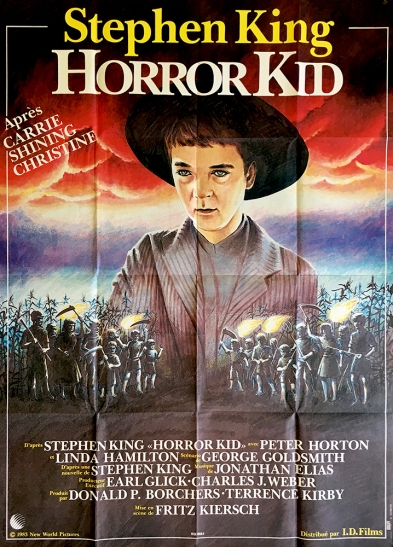 Another great quality that the film possesses is whether He Who Walks Behind The Rows is actually a real supernatural force or just completely fabricated by Isaac.

There are also some 80’s visual effects in the film which are still extremely pleasing to the eye and have aged very well indeed.

In fact the same can be said about the whole film. In lesser hands, this could have aged terribly and been forgotten about. Instead we get a film where thought and innovation were used to fully bring to life King’s great plot idea and which still has it’s own rabid fanbase. However the film still doesn’t get enough praise or recognition when films are talked about which were adapted from King’s novels. This is a real shame. Maybe this will change.