This early Fassbinder film concerns a group of dissatisfied and directionless young people who turn their attentions away from themselves and the relationships within their inner circle when a young Greek man arrives looking for work and lodging. Soon the group rumour mill goes into overdrive as they perceive the young man as an outsider and so demonise and persecute him. 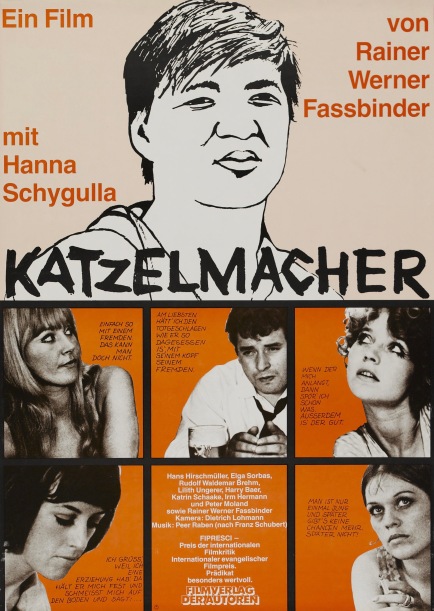 Another great character driven piece by the German maestro with the ugliest facets of human nature being explored as the members of the insular and narrow minded group start to spread rumours and make their prejudices known towards young Jorgos. After an innocuous chance meeting in the street with one of the women from the gang, the group’s Chinese Whispers soon snowball to him having tried to rape her as well as other crimes such as him being a Communist.

The men of the group then seize their opportunity to beat him up for crimes he isn’t guilty of. 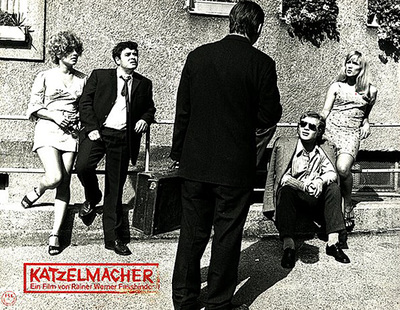 Conformity, group hysteria and mobbing by the gang are all explored perceptively within Katzelmacher which makes it, unfortunately, ring all too true.

Beautifully acted, perfectly framed and directed and with a gorgeous late 60’s black and white which is icy cool and absolutely gorgeous.

Look out for the scene of the young woman dancing.