Lauren Tewes stars as Jane, a Miami newsreader who suspects her neighbour of being a murderer who’s crimes she reports on with shocking regularity. She lives with her blind deaf-mute sister (Jennifer Jason Leigh’s first starring role).

This was another example of a film I had been meaning to watch for the longest time (since about 1989 when I read about the film in Kim Newman’s seminal book Nightmare Movies) and sought it out after one of my friends was talking about it online (see, Instagram isn’t all bad). 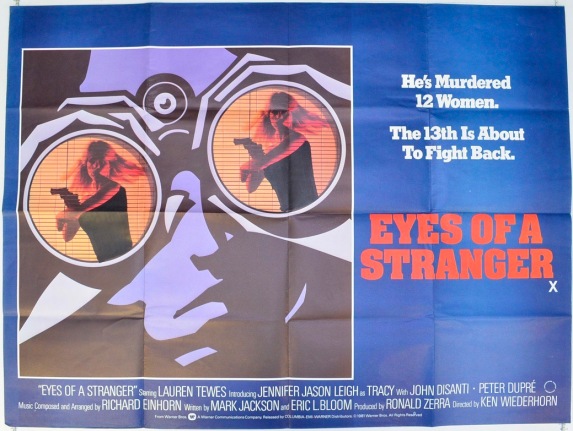 And my! What a film it is! The film doesn’t shy away from the violence the women characters are subjected to. Rather than being titillating for the sicker audience members, it feels like it depicts realistic portrayals of the kind of abuse some women are subjected to. The camera doesn’t flinch away from these even though most audience members will do.

I liked how the film played with genre expectations regarding the violent episodes. The first victim Debbie asks her boyfriend to come over and this lulls viewers into thinking that this instantly makes her safe from the killer’s advances. This couldn’t be further from the truth as Stanley instead just dispatches of the boyfriend (Tom Savini carries out the special effects for this movie and as usual does an absolutely fantastic job. Debbie’s boyfriend is beheaded and his head placed in her fish tank) and then moves onto her. 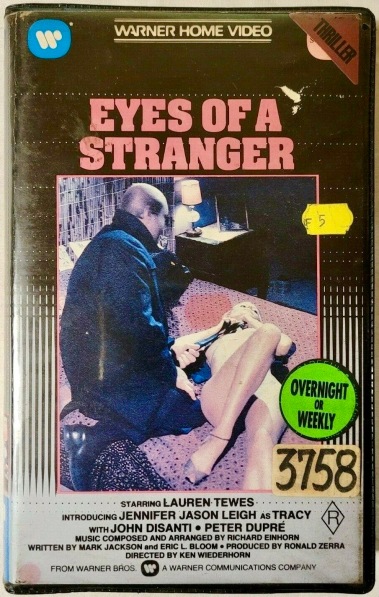 This sequence is also very perceptive as Debbie rings the police and complains about the awful abusive phone calls she has been getting from the killer. The policeman she speaks to is far from sympathetic and complains that whenever violence against women is reported and warned against on the news this creates a huge spike in abusive phone calls from other sickos. He then says he will send out a phone officer to see her but during the next day and when it’s too late! The police’s inactivity and scepticism are portrayed and are still an issue today towards women who report similar behaviour. There is a story in the news at the moment about a young woman who was being stalked and sent abusive messages which she sent to the police who failed to act. She was eventually killed by her stalker.

The film also shows how the telephone as an appliance can take on sinister connotations. A victim who is being telephoned in her office late at night can’t even get away from her stalker contacting her when she steps into a lift to go to her friend’s house for safety as there is a phone in the lift that he calls her on. The threat of the killer is shown to be omnipresent and inescapable.  Again, the film led us to believe that this would-be victim would be safe after she had arranged to leave her workplace and venture out to safety.

A film that Eyes of a Stranger reminded me of was the TV movie written by John Carpenter in the ’70s, Someone’s Watching Me! starring Lauren Hutton and Adrienne Barbeau. Both take place in the same time period with the primary action taking place in apartment complexes. There’s an element of surveillance within both films, with Jane watching her accused’s apartment which is opposite hers and Hutton’s character doing the same in the TV movie.

One sequence that made me perch on the edge of my seat was when Jane enters Stanley’s apartment when he is out but is unaware that he is returning. The execution of this scene was expertly handled and the outcome handled with real aplomb and without any filler or unnecessary padding whatsoever. 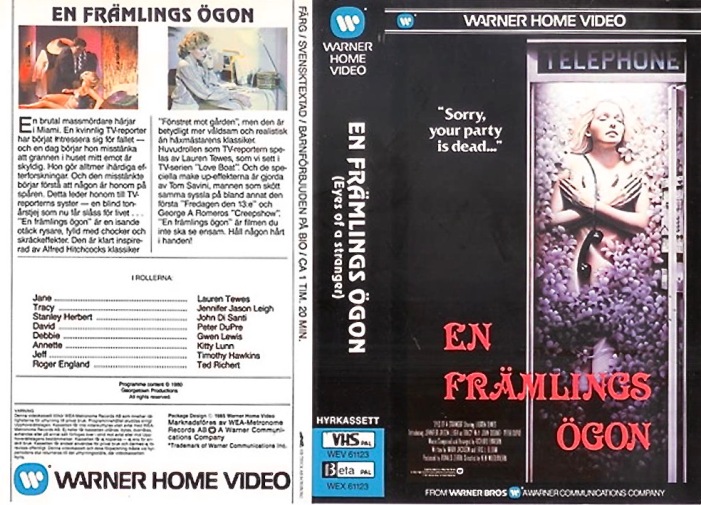 I also loved the scene whereby the killer meets Tracy for the first time and surmises correctly that she is deaf, blind and mute. The sequence in which he moves the objects she has placed down just out of reach is almost like some kind of gaslighting as if he wants her to question her actions and let her know that he is there. The rest of this scene is also stellar but to go into that would ruin the film’s ending which I’m not going to do!

Eyes of a Stranger is a fantastically powerful film that depicts the violence endured by women that never slips into being some kind of misogynistic or moralistic vehicle. Any woman could have fallen prey to Herbert and the full horror of this is shown even if these scenes are rightly uncomfortable to watch. A sobering thought is that as the film was being made The Yorkshire Ripper was still at large and blighting the lives of not just his female victims but ALL women as they had to adjust their lives accordingly because a woman-hating psychopath was at large and had been for several years.