I rewatched Rocky today for the first time in like decades! It was one of the first movies we rented when my parents bought our first VCR. Oh, I loved those huge padded Warner Brothers video cases!

It’s such a simple premise but one which clearly struck a chord with audiences. A small-time, part-time boxer who is struggling to survive day to day gets a shot at the heavyweight championship belt.

There are so many cliches I could fall into using such as ‘rags to riches’ and ‘underdog’ when reviewing this film but the thing is they’re all true. The film is so well made and written that in itself it doesn’t feel cliched or cheesy when dealing with such themes. No wonder the film became a huge earner at the box office. 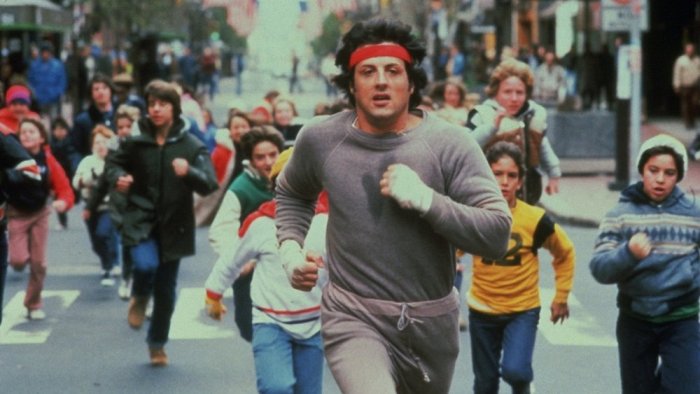 The sequence which marks the film’s and leading character’s turning point is, of course, the running/training scene with the iconic theme playing in the background. It’s genuinely uplifting and moving- just like the entire film really.

Bonus marks for having Joe Spinell and Lloyd Kaufman as cast members.