A Jaws/Piranha rip-off called Killer Fish starring Lee Majors and Karen Black, you say?! I am soo fricking there!

You know the kind of film to expect when you see that this is a Sir Lew Grade Production. I love his ’70s exploitation films set in exotic locales with all-star casts. They are part Whickers World episodes and whatever film was popular at the box office when it was made. 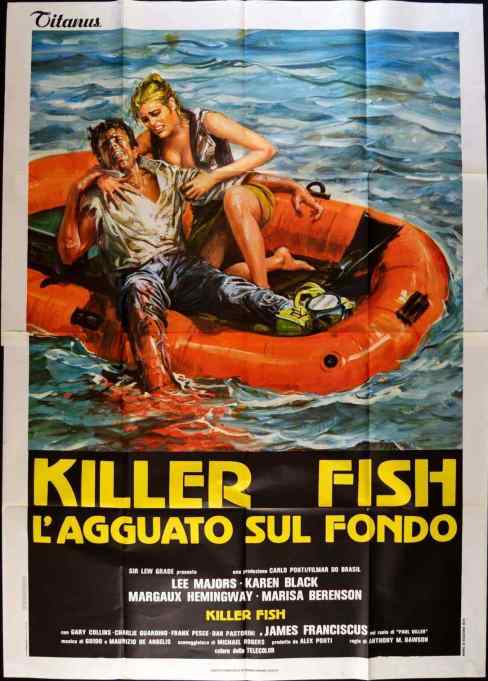 Killer Fish concerns a robbery of precious jewels by an organised gang. The mastermind behind this heist then hides the booty at the bottom of a reservoir which he has populated with deadly piranha (as opposed to friendly vegetarian piranha). This is so that whoever tries to retrieve the jewels and do a runner will meet their karmic fate. There is so much suspicion and paranoia among the robbers. This makes the film very entertaining whenever the fish aren’t doing their thing. There are also plenty of double-crossings and twists and turns in the plot. At more than one point of the movie, I thought, ‘This film is far more intelligent than I expected it to be’.

The kills were well executed (pun not intended) and near the end of proceedings, there’s a tense scene where most of the cast are on a boat which is slowly sinking. They are close to shore but several thousand piranhas lie between them and land. What do they do? What I would have done was to throw the very fat and irritating photographer character (think of a camp version of Franklin from The Texas Chain Saw Massacre and you can imagine what he’s like) into the drink. All of the piranhas would have been preoccupied feasting on his blubber which would allow the rest of the characters to get back to the mainland unscathed. In fact, his character is eaten towards the end of the film when he tries to escape on a raft (as if a raft would support his bulk!)  I imagined cinema audiences getting to their feet and cheering like hell when this played out. I know I did.

The soundtrack for the film is fantastic. Atypically 70’s which is perfect for this kind of film but also strangely sinister and avant-garde in places. Simon May is one of the writers of the theme song. He would later write the theme song for EastEnders, fact fans.

As Karen Black is a cast member, there are, thankfully, scenes of her being her demented self. One great scene has her freaking out after coming face to face with the killer fish but getting out of the water unscathed. She starts trying to bat them away even though she isn’t in the water anymore. Sir Grade securing Ms Black as part of the cast of Killer Fish was a stroke of genius. 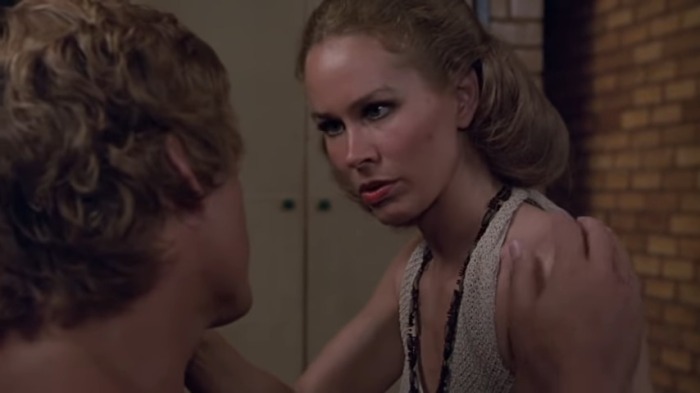 Lee Majors’ wardrobe within the film also warrants mention. He is rocking a camp gringo kind of look in a lot of scenes, all tight vests, hats at a jaunty angle and neck scarves.

Is Killer Fish as good as the film it’s ripping off, namely Piranha by Joe Dante? Hell no. But it’s pretty damn entertaining for its runtime and is a B+ imitator. There’s much worse out there. Much, much worse! 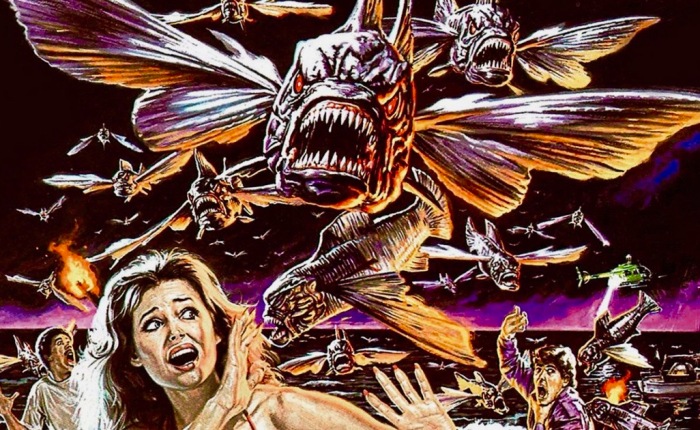 I actually saw this back in the 80’s when it was called Piranha 2: Flying Killers.

Theres really not much plot except that there is a shoal of piranhas who have wings terrorising a resort. Pulitzer Prize worthy stuff.

The lead female character seems to have been based on Stevie Wayne from The Fog if we got to see her a few years later.

This film is famous for being directed by James Cameron. He stated in an interview that in fact he was fired after a week, the producer shot and edited the rest of the film and Cameron couldn’t get his name taken off the credits.

This certainly isn’t the worst film I’ve ever seen and doesn’t deserve it’s reputation. But it certainly isn’t a patch on Joe Dante’s original masterpiece. It does possess a certain weird cheesy charm though.

The print I saw of this flick was pan and scan and somewhat fuzzy. I’d love to see Scream Factory’s Blu ray. Apparently it looks and sounds amazing.