I actually saw this back in the 80’s when it was called Piranha 2: Flying Killers. 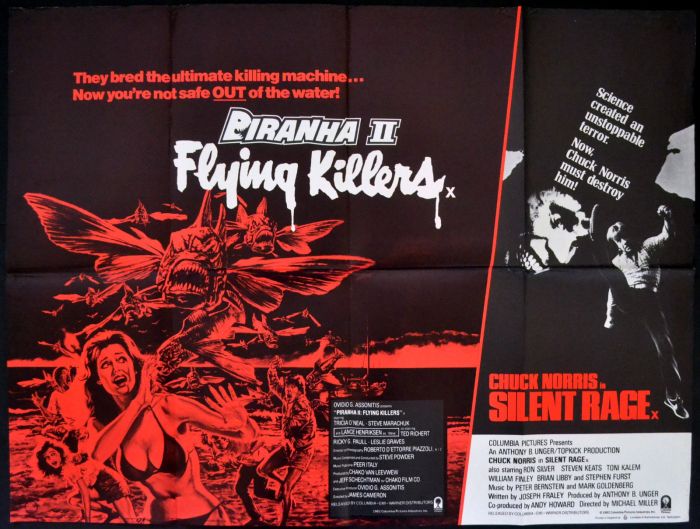 Theres really not much plot except that there is a shoal of piranhas who have wings terrorising a resort. Pulitzer Prize worthy stuff.

The lead female character seems to have been based on Stevie Wayne from The Fog if we got to see her a few years later.

This film is famous for being directed by James Cameron. He stated in an interview that in fact he was fired after a week, the producer shot and edited the rest of the film and Cameron couldn’t get his name taken off the credits.

This certainly isn’t the worst film I’ve ever seen and doesn’t deserve it’s reputation. But it certainly isn’t a patch on Joe Dante’s original masterpiece. It does possess a certain weird cheesy charm though.

The print I saw of this flick was pan and scan and somewhat fuzzy. I’d love to see Scream Factory’s Blu ray. Apparently it looks and sounds amazing.