A Hollywood production portraying the real-life murderous rampage of a serial killer dubbed The Boston Strangler.

Great casting with Tony Curtis playing against type as the homicidal lead (and he does a great job- check out the chilling final scene), Henry Fonda and Murray Hamilton as detectives on his case. 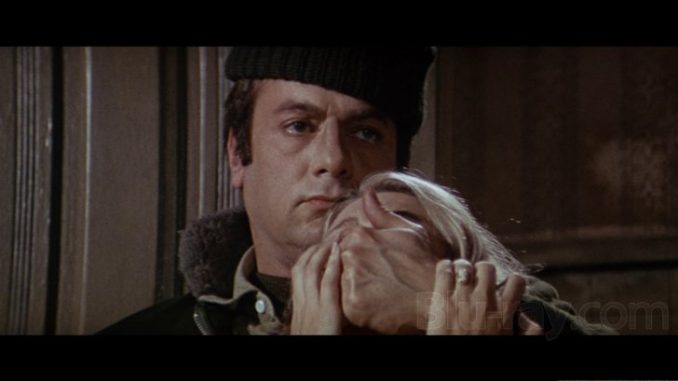 This looks great as a film with beautiful cinematography. Sometimes the use of split screen and an almost mosaic style works very well (the scenes of Boston’s women buying more locks and guns in response to the culture of fear because of the Strangler use this technique really well) but at other times it feels a bit heavy-handed and patronising for the audience as you’re forced to focus on one aspect of the screen that you would have picked up on without this device being used.

Theres a great sequence where the police chief says that he wants every pervert to be questioned (he lists examples starting with ‘toilet queens’ which made me giggle). One locale we see a suspect being questioned is a 60’s gay bar. This doesn’t pull any punches with societal attitudes towards homosexuality being played out. The police detective says hes ‘slumming it’ by being in a gay bar when asked by his suspect if he was there to satisfy his curiosity. But then he quickly apologises. This almost sympathetic view towards gay people must have been shocking to audiences then.

This was also a very early Hollywood film about a real life serial killer. This subject has been examined a lot more since then in film and so parts of this movie feel a bit obvious and sensationalised. But its worth remembering that this film was very brave for examining this very gritty fare. Society was changing with a darker cloud rolling in after the summer of love and this encroaching darkness was now seeping into Hollywood cinema.

This film might lag in some sequences but it’s great in others.