Yield to the Night finds the character of Mary Price Hilton shoot her boyfriend’s lover and then spending her time in prison awaiting her execution by hanging. Her story is told in flashback during this stay. 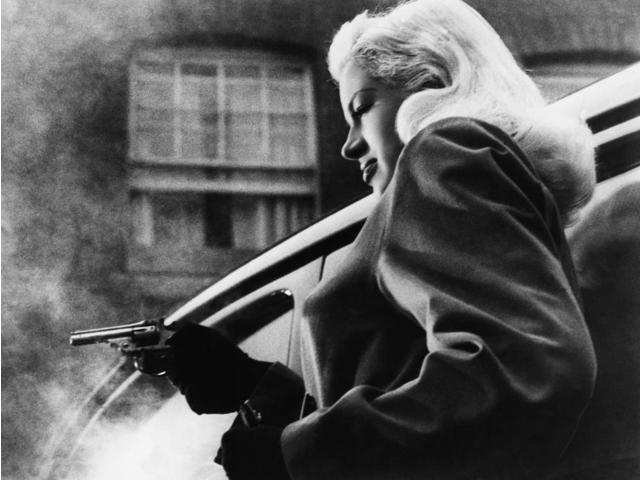 On the 7th day God created Diana Dors. From her TV appearances on The Two Ronnies (playing the head of a female army who wish to take over and make all men subservient) through to her appearance in the Adam and the Ants video for Prince Charming, Ms Dors was a regular part of my childhood.

I then discovered the TV series of Queenie’s Castle from the 70’s (filmed here in Leeds) which fully exuded Dors’ abilities as a great actress.

Yield to the Night was the only worthwhile foray into film for Diana with subsequent vehicles being a complete waste of her talents. This film is amazing. The flashback sequences which show how a sultry goddess could be driven to murder are fully rounded, believable and achingly painful. As are the sequences in which she is in captivity. Check out the internal monologues we’re privileged to partake in and how she is far from a blonde bimbo. These observations about her plight and her fate are reminiscent of Travis Bickle’s musings in Taxi Driver.

A strong case is made for the brutality of capital punishment in a ‘civilised’ society and how wrong it is. Thankfully since the film’s release this has now been rectified. You will think of this film when someone comments ‘They should bring back hanging’ in response to a news story.