I was 14 and the exact right age to watch Taxi Driver for the first time. The perfect movie about alienation being watched by a moody teenager who felt completely alienated.

I would regularly venture from my hometown of York to the bustling neighbouring city of Leeds and it was on my next excursion after seeing Taxi Driver that I sought out the UK quad poster in a film memorabilia shop called Movie Boulevard (unfortunately long gone). The perfect movie (it’s still my favourite film to this day followed by John Carpenter’s Halloween and John Waters’ Female Trouble) had to have the perfect poster. And it did. 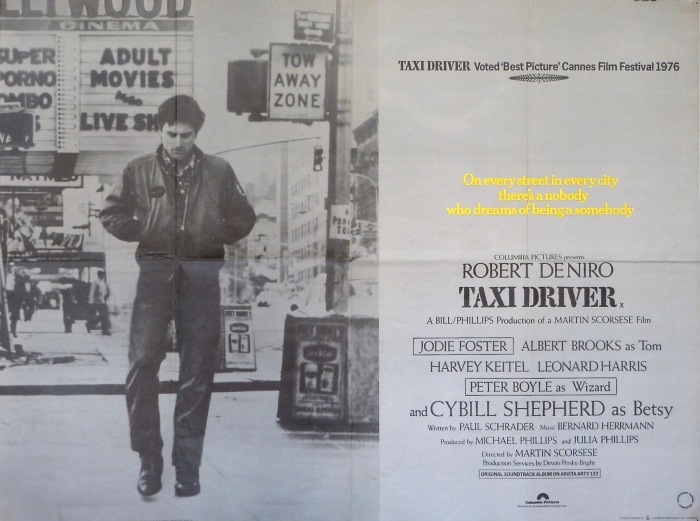 Lead character Travis Bickle walking down a New York street, completely alone in one of the biggest and busiest cities in the world. The tagline ‘On every street in every city there’s a nobody who dreams of being a somebody’ is one of the poignant and apt in film history.

It’s strange how a film and it’s iconography can take on a life of it’s own. The ‘You talkin’ to me?’ line is one of the most quoted amongst cineastes and the general public alike but is also misunderstood and misinterpreted when taken out of context. Stills from Taxi Driver have also been taken out of context and made into posters to be hung on teenager’s walls. Strangely they seem to dwell solely on Travis holding guns which is alarming. I’m glad the studio made UK quad emphasised the loneliness aspect rather than the macho/firearms angle. 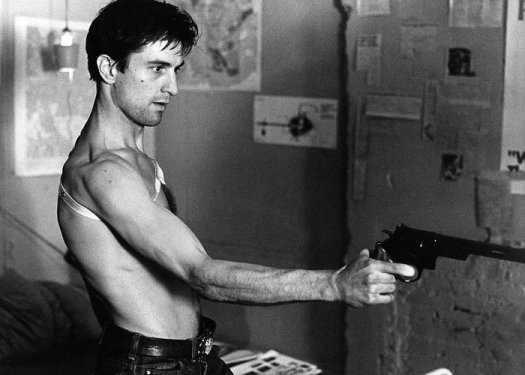