An iconic soundtrack for an iconic movie, Krzysztof Komeda’s score for the 1968 classic Rosemary’s Baby broke so many rules just like the film itself did. 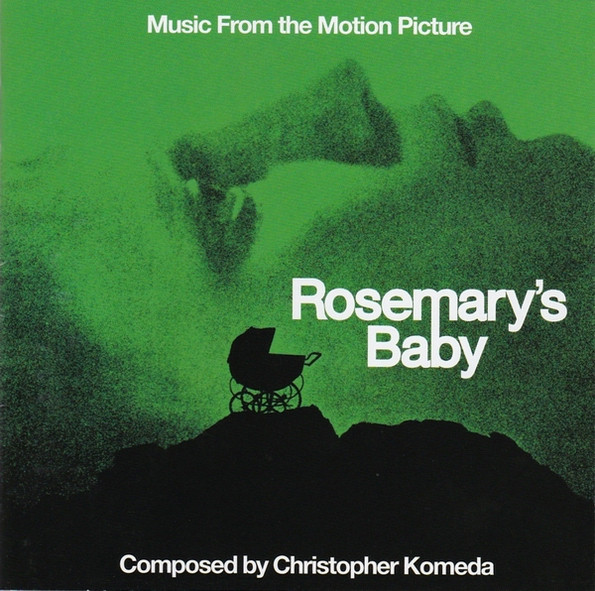 Firstly, the lead track ‘Lullaby’ had the audacity to take a piece of music traditionally used to soothe a child to fall asleep, completely subvert it and imbue it with an added layer of more menacing intent. In the context of a film about the birth of Satan’s baby by the unbeknownst Rosemary Woodhouse after her husband Guy has sold his soul in order to further his acting career, the lullaby as a piece of music and concept has been completely reappropriated and for evil means.

The film’s score conveys the narrative’s descent into all things demonic with easy listening tracks such as ‘Christmas’ from the calmer start of the movie nestling shoulder to shoulder with other more unsettling tracks on the soundtrack’s tracklisting.

The horror of what Rosemary will go through after she has become pregnant as she suspects that all is not as it should be and that darker forces are at play are also effortlessly represented through the film’s music. The flute playing of ‘The Coven’ and the warped, deranged sonics of ‘Expectancy’ and ‘Panic’ perfectly convey the horror of Rosemary’s term and brings to mind the scenes she starts to crave raw meat and walk through New York traffic as if in a trance. This is until we get to the full-on craziness and unhinged horror of the track ‘What Have You Done To It’s Eyes’ with Rosemary finally getting to see the being she has given birth to. Just as Rosemary can’t believe the full horror of the infant she sees for the first time (with the audience never seeing what she sees) we get a taste of her revulsion and shock through the discordance of the track suddenly assaulting our ears.

And then when she protests the fact that her offspring is being rocked too violently and takes over only to visibly fall in love with her child, the title track Lullaby starts playing again. A truly unnerving scene accompanied by the perfect track.

The dark side of motherhood perfectly sonically executed by Komeda, this is an example of a horror film needing a perfect soundtrack to fully realise it’s vision. Thankfully this happened.

I recommend to you the La-La Land edition of this soundtrack with the original tracklisting being augmented by bonus tracks used in the film but not finding their way onto the original album. This is all killer (pun not intended) and no filler. 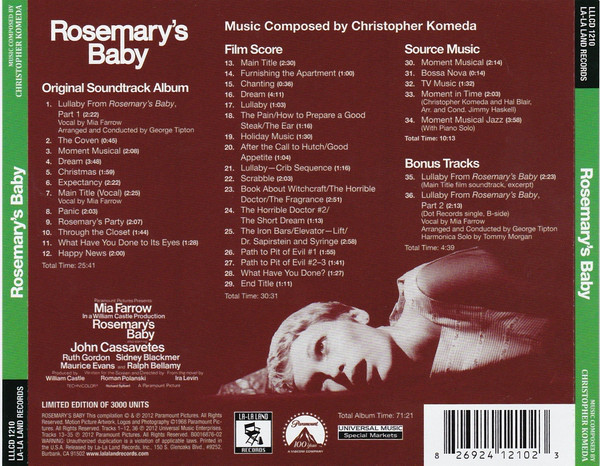