Soundtrack of the Week- The Amityville Horror (1979)

This week’s Soundtrack of the Week is for the 1979 haunted house (hoax!) The Amityville Horror. 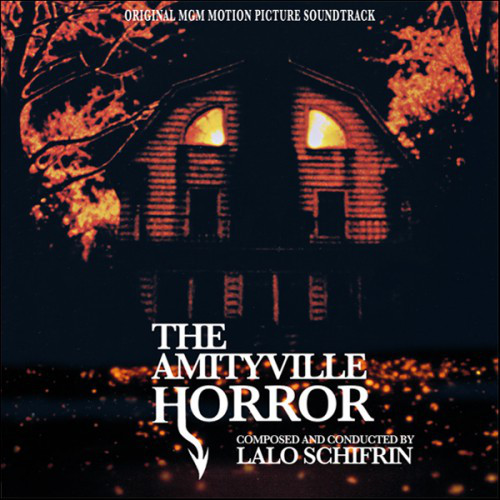 This soundtrack is amazing as theres so much going on and so much detail and nuance that might not be noticed on first listening/viewing.

There are also sounds of screeching, white noise and static that are used to blinding effect as undercurrents for some of the compositions. Theres even a track which is just the sound of a bass-like rumble to represent the unseen, omnipresent evil presence in the house that is one of the most unsettling and disquieting things I’ve ever heard on a soundtrack.

It’s no wonder that this film music is so brilliant when you consider that it was composed by Lalo Schifrin who wrote the amazing score for Dirty Harry and also composed some pieces for the aborted score for William Friedkin’s The Exorcist. Theres a story why this wasn’t used in the finished film in Friedkin’s autobiography of why they fell out over the music written and why they still unfortunately don’t speak. 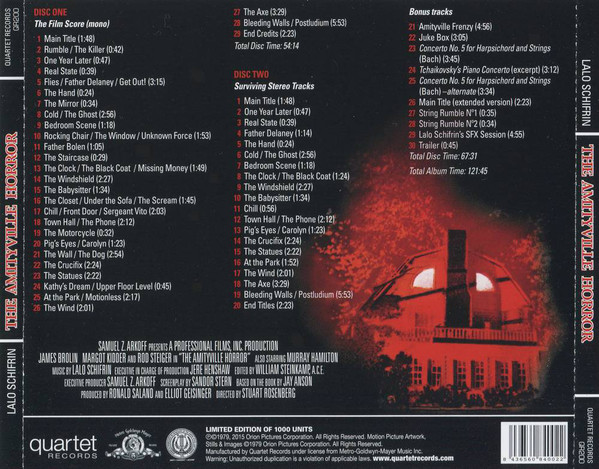 The edition of the Amityville Horror soundtrack that I have is the Quartet Records Spanish double CD edition that has the mono film score and also collects together the surviving stereo tracks along with loads of added and previously released tracks. Theres even a track of Schifrin’s SFX track that was used in the film. The number of tracks here is breathtaking. If you’re going to buy this soundtrack, look for this edition. You won’t be disappointed.