I’ll always have a soft spot for this movie. An obscure horror film made in America in the 70s and set in a drive in. Whats not to like?

Could it be the mentally challenged employee there called Germy who could be the killer? Or the local sex pest we see the cops interview? (‘I didn’t do anything wrong! I was just at the drive in to beat my meat!’) 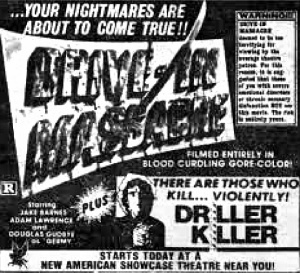 Yes, its slow in places, yes there are obvious filler scenes to pad out the running time. But its full of character and is pretty scary.

I first saw this on VHS and then DVD in the 80s and both released through VIPCO. It was the worst print used for a transfer EVER. The film is now on Blu ray through Severin Films and looks amazing after a long lost print was found, where else, but in an abandoned drive in. Life imitates life. Or something. 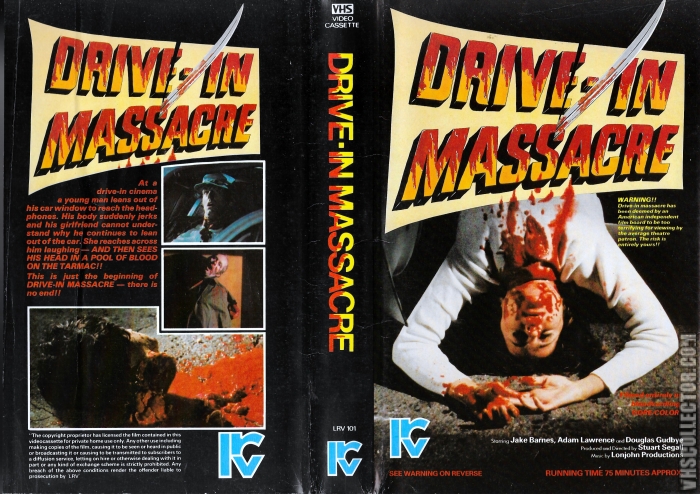