Whilst on holiday Virginia bumps into her old friend and one-time lesbian fumble, Bet. Virginia’s ‘friend’ Roger asks Bet to continue with them on their travels but whilst on the train the next day Virginia is angry at the attention Bet is getting from Roger who insists that he and Virginia are actually just travelling buddies and nothing more. Virginia decides to jump from the train when its moving slowly through a deserted town called Berzano. Bad move. Berzano is home to a medieval Satanic cult who many centuries before were killed for their religious beliefs and sacrificial practices. The eyes of the worshippers who were all hung were pecked out by birds. These blind devil worshippers now come out at night from their graves to hunt for the living to feast on.

And so begins this Amando Ossorio Spanish-Portugese gorefest that was made in 1972 and helped spearhead a resurgence in Spanish horror.

This film is a cracker- great locations, a downbeat tone to proceedings and its pessimistic as all hell. Whenever something can go wrong it does and badly! Theres also a brilliant pace to the film with the viewer never being bored by any sequences. All killer, no filler.

Watch out for the character of the morgue keeper who takes great delight in showing the dead bodies of the recently deceased to those who have to identify their bodies. Theres also a hint that he does unspeakable things to the corpses in his spare time. He seems to love his work and way too much! 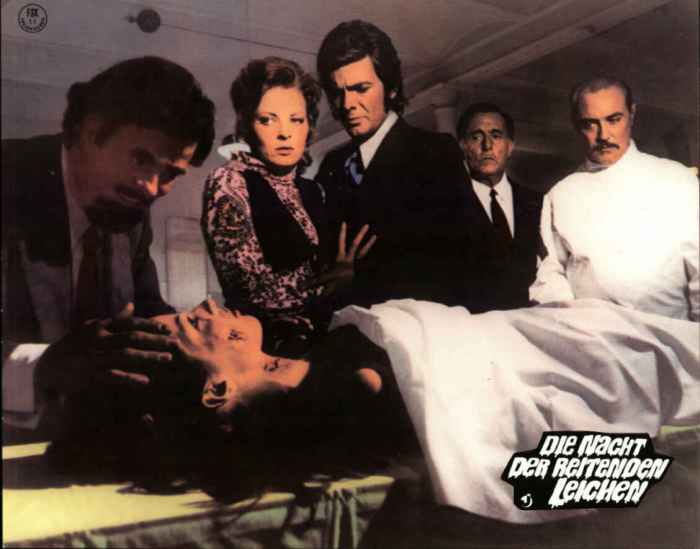 A special mention to the costume people and hairstylist. The characters in this are dressed in the grooviest of 1970’s couture with all of the women having gorgeous ratted up hair. Perfect 70’s Euro horror.

Oh, and watch the original Spanish version called La Noche Del Terror Ciego. The American dubbed version has scenes of gore missing as is the flashback to Bet and Virginia getting all lesbianic with each other. Its also resequenced and not as good. 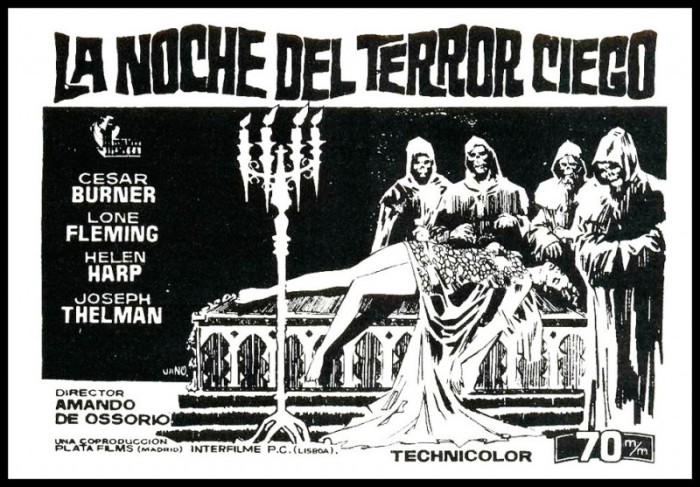